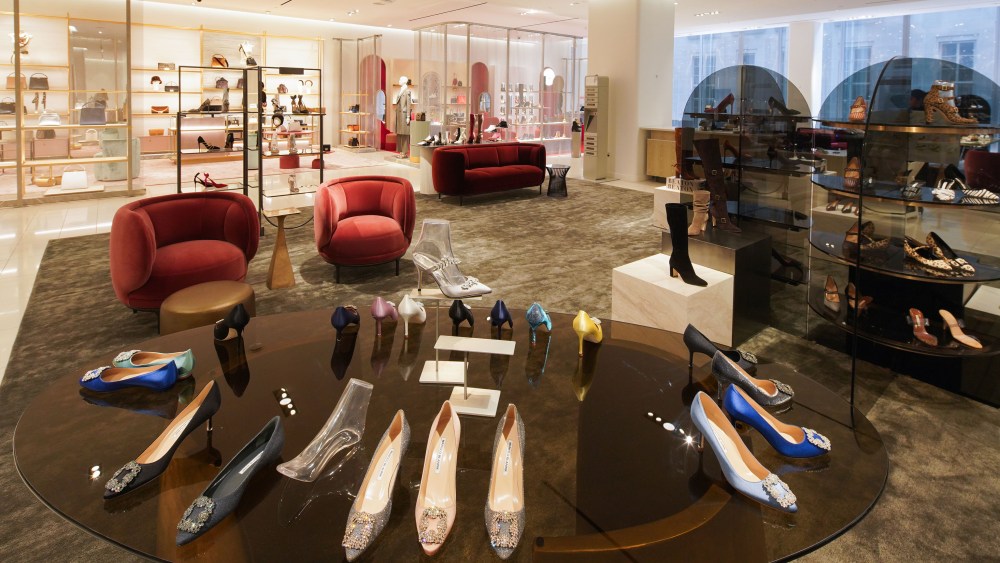 After opening its men’s store in April 2018 — and two Nordstrom Local outposts last month — the Seattle-based retailer has finally unveiled its first women’s flagship store in the city, complete with seven floors in a 320,000-square-foot retail space.

The Nordstrom women’s flagship store is also the base of the Central Park Tower, which will be the world’s tallest residential building. It is expected to be completed in 2020.

From the exclusive product offerings and pop-up shops to the seven restaurant and bar options, here is what you can expect at Nordstrom’s first New York City flagship store.

Where is the Nordstrom New York City flagship store and when does it open?

Nordstrom’s women’s flagship store is located at 225 West 57th Street near Columbus Circle. The store sits across the street from Nordstrom’s men’s store, which opened in April 2018.

Will there be any exclusive offerings at the Nordstrom New York City flagship?

The Nordstrom flagship will include a number of exclusive offerings, such as a Christian Louboutin capsule collection of handbags, shoes and travel accessories, a graffitied and monogrammed Burberry format with special products and runway pieces and a “Nordstrom x Nike” collaboration created by the retailer’s vice president of creative projects, Olivia Kim.

Transparent fashion label Everlane will be the first brand spotlighted at the flagship’s Pop-In @ Nordstrom space. The space’s merchandise theme changes monthly. The flagship will also continue carrying Topshop, making it the only retailer in the city — and country — that now carries the U.K.-based brand.

What fashion brands will be offered at the Nordstrom New York City flagship?

In an interview with WWD, Nordstrom Inc.’s copresident Pete Nordstrom stated that “two of the seven floors [of the flagship] are exclusively luxury,” with “35 percent of [the] offerings” falling under the luxury category. Some key designers found at the flagship will be Chloé, Fendi, Givenchy, Saint Laurent, Stella McCartney, Jacquemus and Isabel Marant, among others.

Along with its other stores, the Nordstrom flagship will offer its Beauty Concierge program, which provides assistance from the retailer’s sales associates that work across all beauty offerings rather than for a singular brand. Other beauty services include blowouts, facials, makeup applications and brow styling. The department also includes a Drybar shop, which is equipped with eight styling chairs and offers the same services found at the brand’s standalone locations.

The beauty department also provides an augmented reality mirror that scans a customer’s face and gives them skin-care product recommendations based on concerns like wrinkles, dark circles and skin texture.

Are there restaurants in the Nordstrom New York City flagship?

The Nordstrom flagship store will offer seven food and beverage offerings, many of which were created by Seattle-based chefs Ethan Stowell and Tom Douglas.

Is the Nordstrom flagship the only store the retailer operates from in New York City?

Nordstrom’s New York City men’s flagship has operated since April 2018 in a 47,000-square-foot, three-level retail space across the street from the women’s flagship. The retailer expects a lot of cross-shopping between both flagships, stating that more than 50 percent of shoppers at the men’s store are female.

Last month, the retailer also opened two Nordstrom Local outposts, one in the West Village and the other on the Upper East Side. The locations carry no merchandise, rather they offer services like stylist consultations, alterations, gift wrapping, returns and pickups.

The retailer also has two Nordstrom Rack locations, one in Union Square and the other on 31st Street and Sixth Avenue.

What Lies Ahead for Nordstrom in NYC

WATCH: An Inside Look at Nordstrom’s NYC Women’s Flagship Store