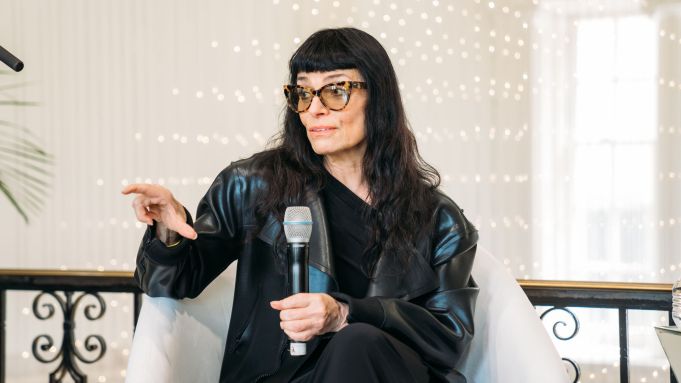 After 40 years, Norma Kamali has moved out of her headquarters at 11 West 56th Street in New York and has relocated to new downtown offices at 609 Greenwich Street.

Kamali told WWD the new 16,000-square-foot space will be used for installations, exhibitions “and all types of things interactive and immersive.” She said it will also serve as the brand’s headquarters, and where the company will do photo shoots and podcasts. It won’t serve as a retail space.

“We are still unpacking and setting up and we no longer need to be in the center of the city,” Kamali said. “I am thrilled to be in a neighborhood area, friendly and with a very community feel. Google and Disney are opening nearby so this is and will be even moreso an energized part of the city.”

Kamali had purchased the building at 11 West 56th Street in 1982, which is currently on the market. That space had three floors and had won numerous awards for architecture and interiors.

“Yes, 11 West is on the selling block and time for some other company to create a vision for their brand,” Kamali said.

Last May, Kamali, a native New Yorker, who built her more than 50-year-old company in the city, was honored with the City of Design Award from the Museum of the City of New York.

The designer, who is also the author of the book, “I Am Invincible,” is known for such items as the sleeping bag coat, her iconic swimwear and her sweat collection, and more recently, she has been experiencing very strong sales in her one-shouldered dress with shirred sides and an asymmetrical hem called the Diana, which was worn by Carrie Bradshaw in “And Just Like That.”