The Biggest Moments From NYFW Spring 2020

From Cheetos’ first fashion show to Tom Ford’s subway runway, here are the most buzzed about moments from New York Fashion Week

Zendaya x Tommy Hilfiger, Gypsy Sport, Chromat and Rihanna had some of the biggest moments of NYFW.

These were just some of the biggest moments from the New York Fashion Week spring 2020 season. There was a newfound surge of energy on the New York runways, thanks in large part to many emerging fashion designers, including Christopher John Rogers and Tomo Koizumi, who hosted some of the most buzzed about shows of the season.

Other established designers changed things up with their runway shows, including Tom Ford, who staged his show at a subway station, and Tommy Hilfiger, who presented his second collaboration with Zendaya at the historic Apollo Theater in Harlem.

From the runways of Marc Jacobs and Chromat to Cindy Crawford and Kaia Gerber’s twinning moment, here are the biggest highlights of New York Fashion Week spring 2020. 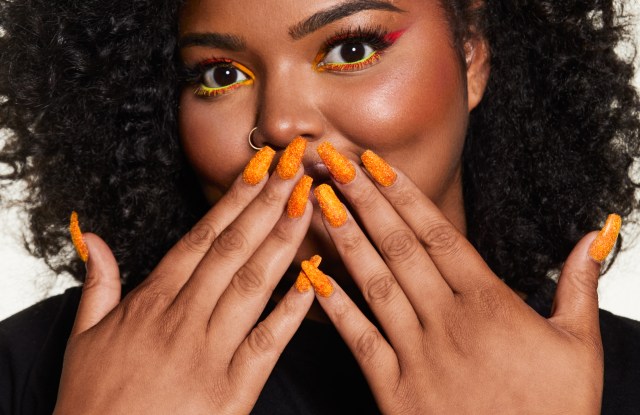 Is flaming orange the color of spring 2020? Cheetos sure hopes so. The snack brand kicked off fashion week with its House of Flamin’ Haute fashion show with 21 looks inspired by the snack itself. The show enlisted various fashion influencers, including @luanna, @thenavarose and @hungryhipsters, among others, to model the looks, and rapper Saweetie to perform. 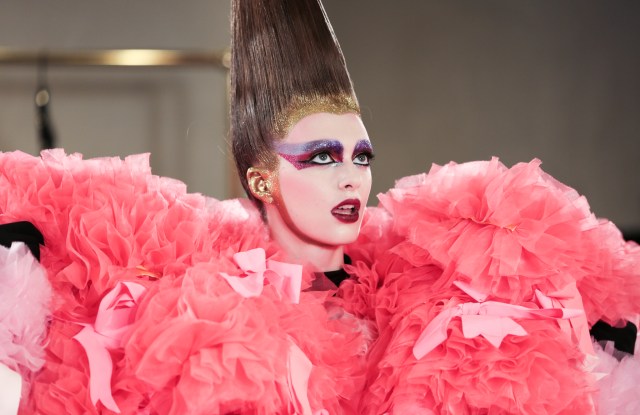 Tomo Koizumi did not disappoint for his second New York Fashion Week show, enlisting transgender model Ariel Nicholson for an extravagant, flamboyant performance to debut the seven frilly dresses as part of his new collection.

Gerber wore the look, which included a corset top, gold buckle detailing and leather skirt, to her birthday party hosted by her parents and brother, Presley Gerber, at the Paradise Club at the Times Square Edition. The guest list included Kendall Jenner, Leonardo DiCaprio and performance artist Amanda Lepore, among others. 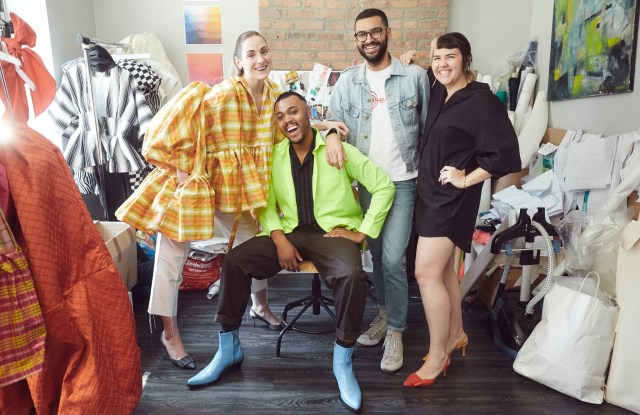 CFDA/Vogue Fashion Fund finalist Christopher John Rogers gave NYFW a jolt of youthful energy for his inaugural runway show, taking inspiration from “clowns on vacation” for his spring collection. One of the most anticipated shows of the week, Rogers attracted fellow fashion designers Joseph Altuzarra, Kerby Jean-Raymond and Adam Selman to the front row.

“It’s basically encouraging people to take up space, to step into their them-ness,” Rogers said on his aesthetic in an interview with WWD before the show. “Like, whatever makes you you, all the subtle nuances. If you happen to be the ceo of a company, but you still love watching cartoons in the morning and you also eat Lucky Charms, but you also love tennis, like, all of those things maybe don’t go together, but they’re you. So embrace them.” 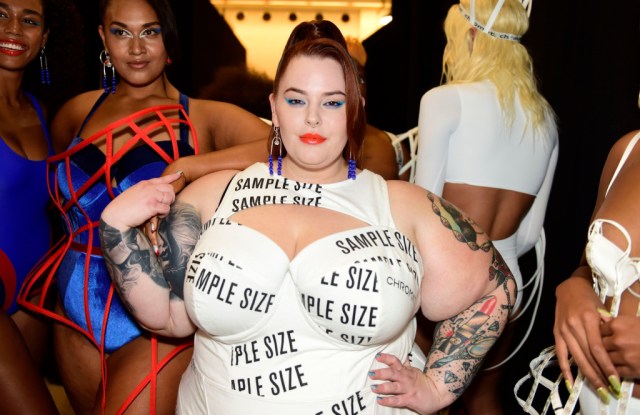 In celebration of its 10th anniversary, Chromat continued its mission of inclusivity by casting a diverse group of models, including Tess Holliday, who modeled a white dress emblazoned with “Sample Size” on the runway.

The collection itself was also a continuation of the brand’s commitment to sustainability, with swimwear crafted from regenerated nylon created from fishnets and up-cycled materials. 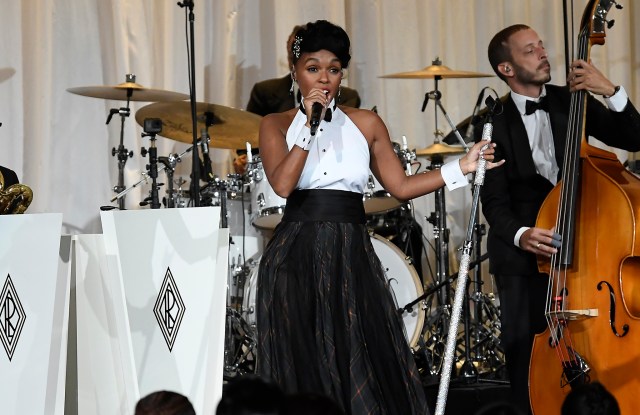 If the glitz of the venue and the black-and-white dress code wasn’t enough glamor for one evening, Lauren took his fashion show up a notch with a surprise performance by Janelle Monáe for the runway show. 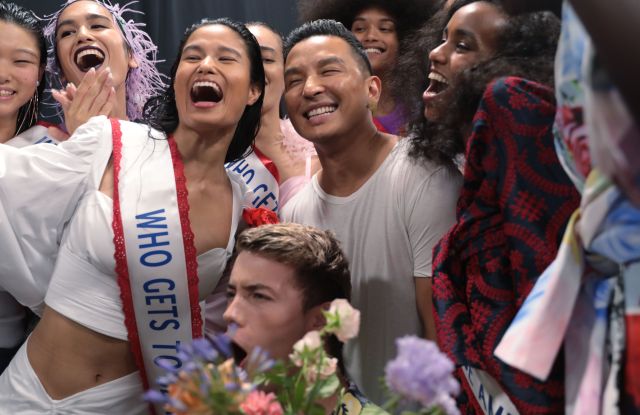 Prabal Gurung celebrated his 10-year anniversary with a collection focusing on the American experience.

Showing a collection that fused his Nepalese and American heritage, Gurung sent his models out during the finale wearing pageant sashes that read, “Who Gets to Be an American,” a purported jab at President Trump’s anti-immigration rhetoric. 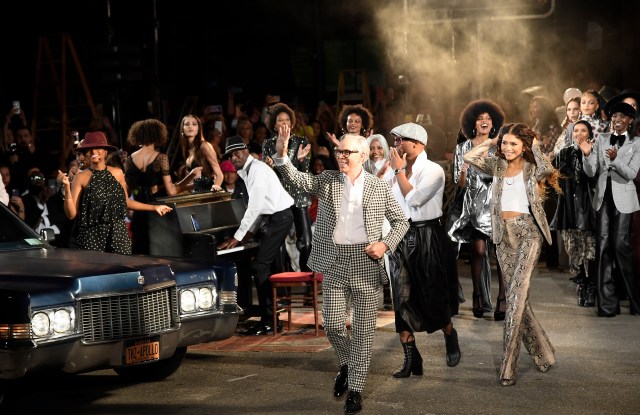 Tommy Hilfiger came back to New York for his latest collection: his second collaboration with “Euphoria” actress Zendaya.

Taking over the historic Apollo Theater in Harlem, N.Y., the duo showed a collection that celebrated Seventies funk, enlisting models like Ashley Graham, Alek Wek and Winnie Harlow to model the looks. 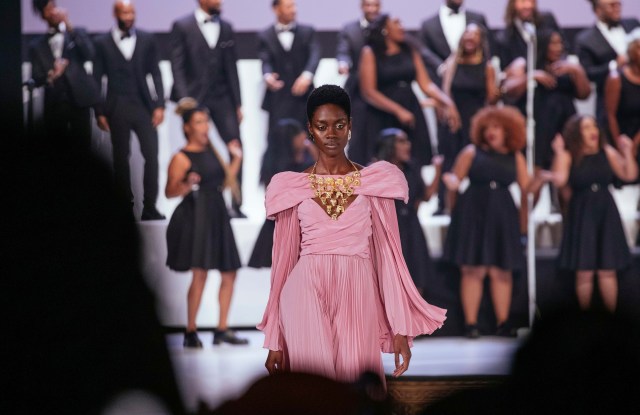 Jean-Raymond took inspiration from 400 years of African-American history for the collection, tapping “There Will Be No Miracles Here” author Casey Gerald to start the show with a speech about Fannie Moore.

10. The Beauty at Gypsy Sport 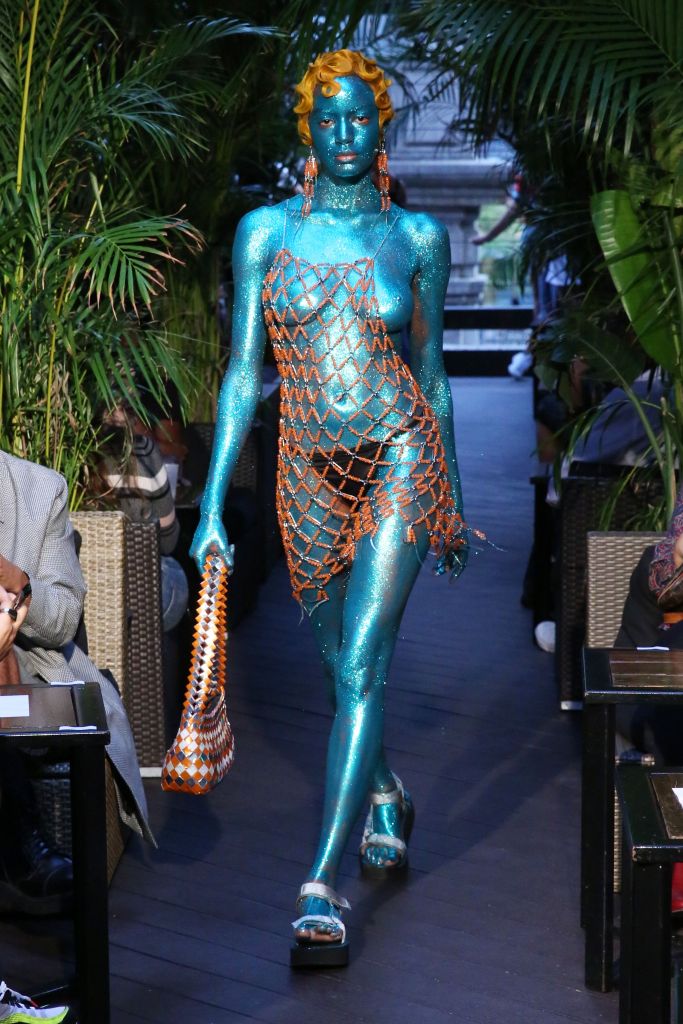 With a newfound affinity for eco-friendly, the beauty looks were created with biodegradable glitter made from algae and seaweed. 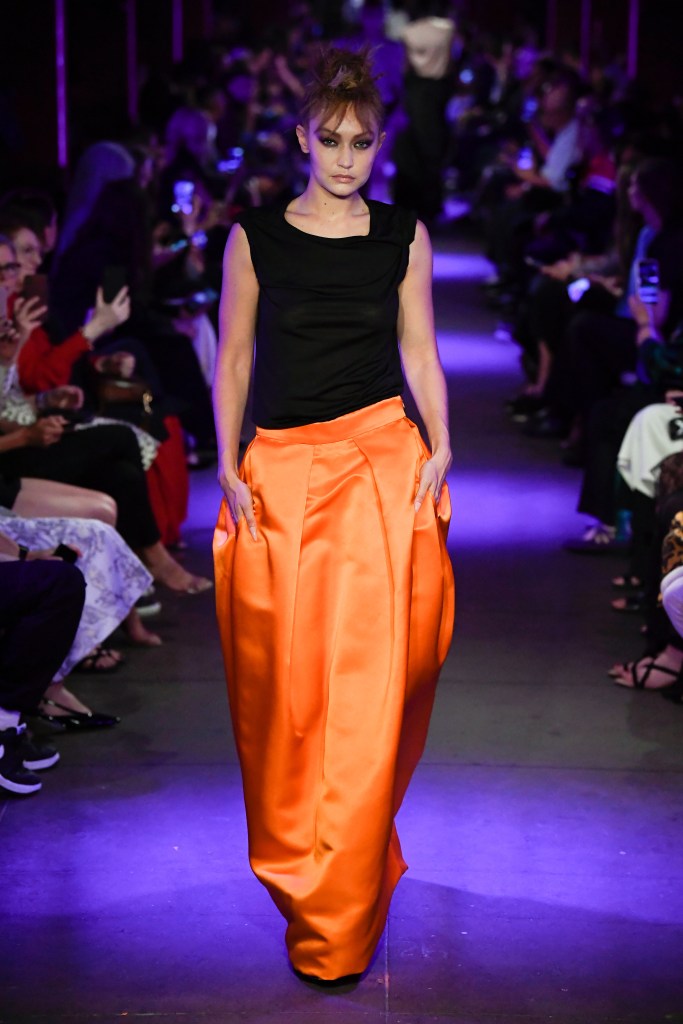 As the new chairman of the CFDA, Tom Ford is changing things up for NYFW, including his own show. Ditching the usual glamorous venue, Ford showed his spring 2020 collection at a subway station in NoLIta.

Ford brought his signature touch of glamour to the one of New York’s grittiest institutions, showing a collection full of classic suiting, sculptural draping and faux-hawk hairstyles. 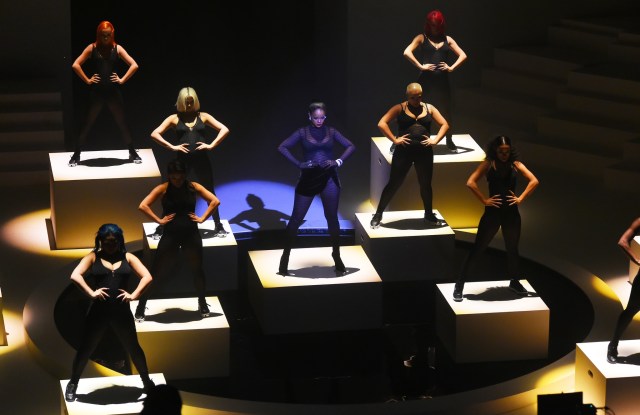 Rihanna gave Victoria’s Secret a run for its money for her second Savage x Fenty fashion show, proving that a lingerie fashion show can be successful in the post #MeToo era.

The singer enlisted a host of diverse models of different sizes, shapes and races to debut the collection as musical performances by Halsey, Migos and A$AP Ferg, among others, electrified the crowd. While photography and videography was prohibited from the venue, the show will be available to stream on Amazon Prime starting Sept. 20.

13. Marc Jacobs Begins With the Finale 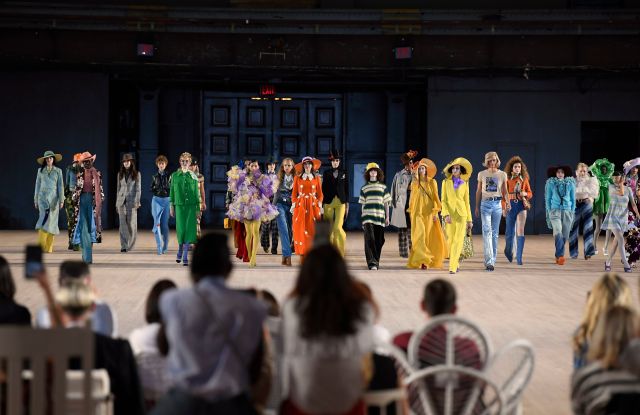 Always one to end NYFW with a bang, Marc Jacobs flipped the switch on the traditional runway show, having his models start the show with their finale walk.

Individuality was one of the main themes of the show, with each of the 60 model seen sporting a unique beauty look, which included rhinestone eyebrows, exaggerated eyelashes and ample amounts of glitter.

The Biggest Fashion News Stories of 2019 — So Far