If all of this sounds disjointed, it’s not. By blending such sectors as Pop, Religion and Childhood Memories, the Tributes issue is meant to get people talking about equality, different tastes and contrasts from the past, present and future, according to editor in chief David Martin. In addition to essays about Leigh Bowery and Anna Nicole Smith, there are Q&A’s with Stephen Galloway, Takashi Murakami, Viktor & Rolf, Larry Flint, Rosita Missoni, Kris Ruhs, Giovanni Bianco, the-artist-looking-for-a-gallery “Pandemonia” and scores of others. Individualism aside, one common thread throughout seems to a certain level of candor.

In her 26-page pictorial spread, Lamy mentions how boxing is romantic. Karla Otto reveals how she wanted to be a holistic doctor. And Christensen said of her Victoria’s Secret fashion show days, “I found myself too embarrassed and shy to walk down the runway flapping a pair of wings. But, hey, it seems like a lot of people are into that.” 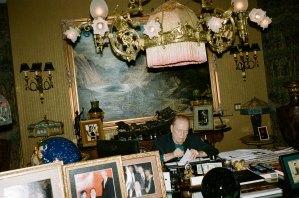 Flynt admits he is happiest “Wherever and whenever I’m counting my money. You can guess why.” But it was Collins’ brashness that made for one of Martin’s favorite reads. The former “Dynasty” star offers, “I hate stupid people. I really can’t stand them both at work and in everyday life. I have no patience when I have to deal with this kind of person and I hate working with them.” 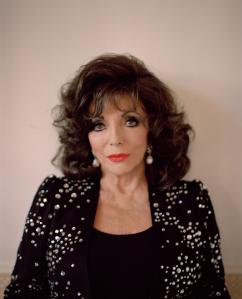 ODDA also has a decent bit of magazine space from Prada, Versace, Fendi, Calvin Klein, Vivienne Westwood and others. The Madrid-based Martin said the editorial decision to shift more into art, architecture and cultural touches offers a more all-encompassing view of fashion. “We wanted to show people who have influenced the style and evolution of the industry and culture.” he said. “I always try to speak with people who aren’t working in fashion or have no connection to the industry. Normally, they know about the designer but they won’t know about all the people behind them, or that when you do a campaign, it’s not just about the models. We want to show that everything is connected in fashion, art, architecture…”

Truth be told, Martin said, “If you are interested in showing and featuring a lot of people, it’s possible to do it. But you have to work a lot.”

“I normally get a positive answer for everything. So when I get a yes, I just do it. I don’t want to cancel anything. I don’t like that. If I request anything, it’s going to work.” Martin said.”Fifty percent of the magazine is interviews. I don’t want to cut any of the interviews because I want people to read.”

ODDA’s next issue will focus on Spaces, and Martin has already lined up Casa Volada by Agustin Hernandez Navarro and Saint-Pierre by Le Corbusier.