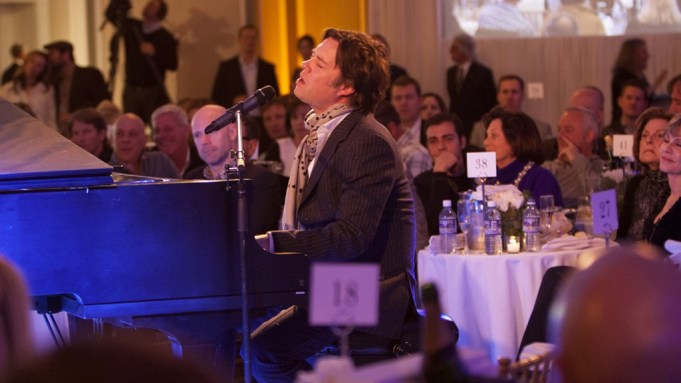 OFF IN ASPEN: Domenico De Sole and Allen and Kelli Questrom were treated to a performance by Rufus Wainwright at the Aspen Art Museum’s annual winter gala at the St. Regis Aspen Resort Saturday afternoon. De Sole and the Questroms sit on the museum’s board of trustees — just more than a year ago, the Questroms made a $1.5 million gift to the museum via their foundation. The gala, dubbed Freestyle and sponsored by Loro Piana, is one of the museum’s two signature fund-raising events, along with the summertime ArtCrush.

This year, Wainwright’s performance was complemented by a live auction by gala sponsor Phillips that featured, among the prizes, tickets to the 2014 Tony Awards and a portrait commission by Inez van Lamsweerde and Vinoodh Matadin. Others at the event included Colorado Gov. John Hickenlooper, Princess Reema Bint Bandar Al Saud, Nicole Miller, artists Jim Hodges and Evan Hecox, and William Dillard.