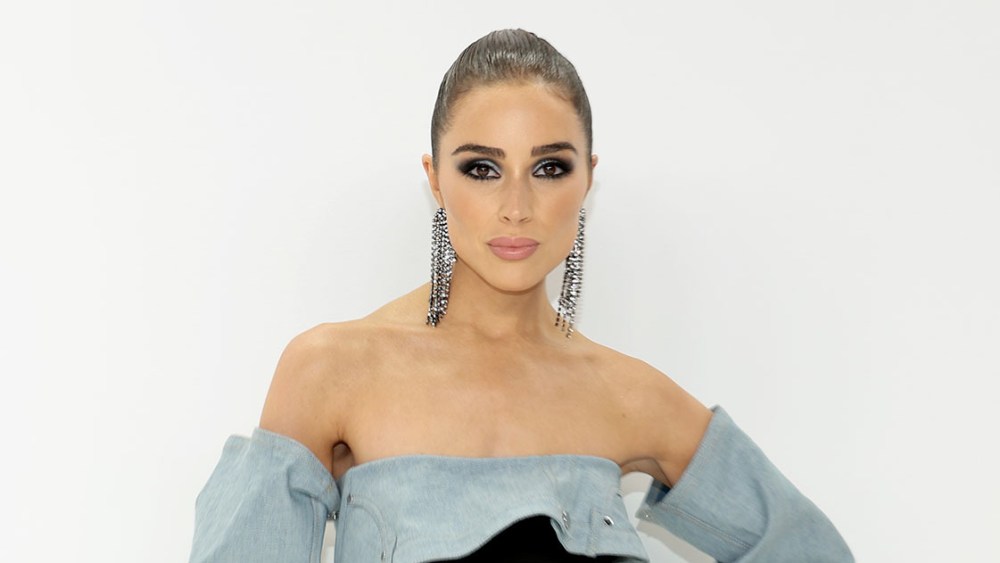 The details of the gown included a denim overlay bandeau top on a black strapless maxi gown. The dress came with statement arm-length gloves that served as sleeves.

Accompanying Culpo to the awards was Michelle Ochs, the brand’s founder and creative director.

Culpo’s makeup looked equally striking as her gown, with a dark eye shadow look, a smoky under-eye and a matte pink lip. Her hair was pulled back into a sleek bun.

For accessories, she opted for a pair of blue statement earrings and a pair of black open-toed platform heels.

Culpo has continued to make strides in the fashion industry. In October, she appeared in the Micheal Kors Watch Hunger Stop campaign, which featured two special-edition styles from the brand with proceeds going to the United Nations World Food Programme. In the campaign shots, Culpo can be seen holding one of the bags and posing with her nephew.

In 2020 the former Miss Universe debuted a line of nonmedical fashion facemasks in partnership with Reunited Clothing, with a potion of the profits going to Feeding America.

The CFDA Fashion Awards recognize the industry’s most notable designers and visionaries. This year’s event, presented by Amazon Fashion, honored Lenny Kravitz, Law Roach and the late Virgil Abloh, among others. Natasha Lyonne hosted the program.