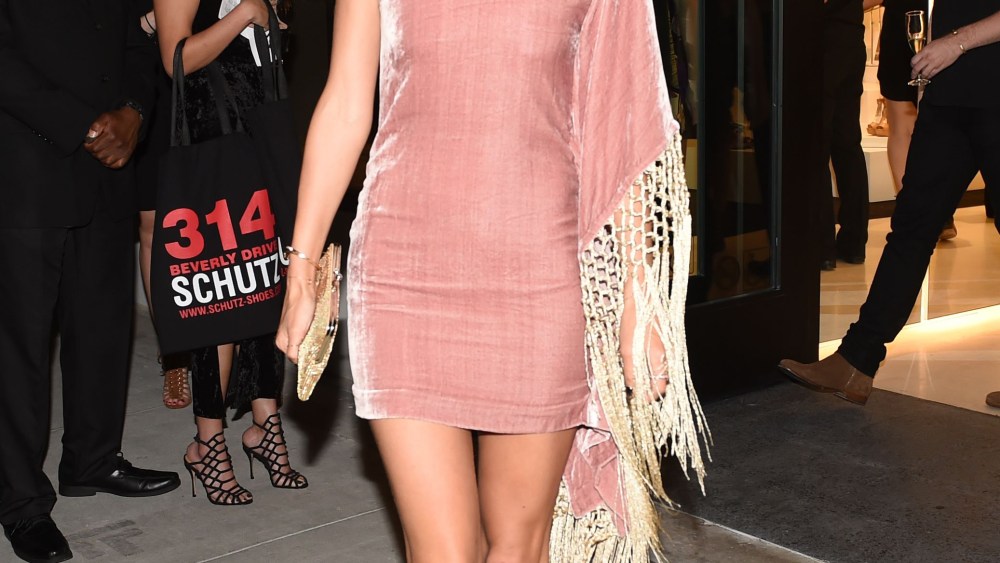 The Brazilian shoe company unveiled its second door in the U.S. after New York at 314 North Beverly Drive and managed to pack a full house for its opening party, cohosted with Vogue.

The opening is timely with the region gearing up for the coming weekend with the second and final  iteration of the annual Coachella Valley Music and Arts Festival, which Ambrosio said she is likely attending. The model came out to support the shoe brand, which she’s worked with in advertising campaigns. “I love the boots. I love the sandals, but I think their flat, summer sandals are always the most beautiful ones,” she said.

Guests nibbled on light bites and sipped from cups screaming 314, per the company’s style of naming flagships after the streets where they take up residence.

“We believe that a flagship store has to be streets,” said Alexandre Birman, chief executive officer and founder of the company. “We don’t have flagship stores in a mall and Beverly Drive is the combination of very high-end public traffic, very close to the national luxury brands, you have foreigners and the space here is really big. It allows us to showcase all of our collection.”

Store growth is a step-by-step process for the company, Birman said, adding Beverly Drive and New York are “just the beginning.”

The ceo went on to say the company’s next move in the U.S. will be a mall door that is expected to more significantly kick off the company’s presence here with Birman saying “to really have a business you need to be in the mall.” He declined to say whether the mall store would be in California, citing nondisclosure agreements, but added “hopefully yes.”