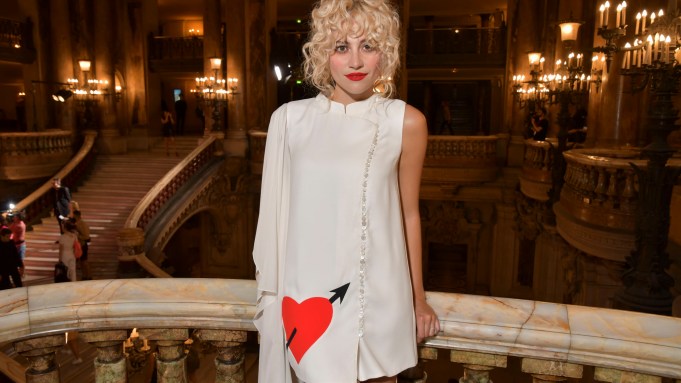 “I got off lightly today,” Taylor-Joy said, looking cool in braided hair and a cold-shouldered Schiaparelli outfit. The actress, who has five movies including the X-Men franchise’s “The New Mutants,” had returned from a break in Italy and was still feeling the burn. “I’m usually a bit of a vampire, but I was all ‘I’ll be like an Italian goddess,’ but then I got sunburned.”

For Bennett, starring in a new installment of the “Lake Placid” horror series, being caught unaware in a Parisian heat wave was, however, an opportunity to stock up on her favorite brands such as Jeanne Damas’ Rouje. “Being a London girl, the heat is something I’m not used to,” the actress said.

Paris was a stopover for fellow Brit Lott, who was heading back to the United Kingdom for the finale of “The Voice Kids” and a tour that will conclude mid-August at the Brighton Pride. “I love the sunshine, it’s just the heat I can’t do. Sweating is my least favorite part of summer,” said Lott.

The very poised Guinness will also be on the road this summer, on the heels of her second album, “Daphne & the Golden Chord.” Concerts include an appearance at the Port Eliot festival in Cornwall, but she is also working on “bringing the world of sound and vision together” in the form of a theater presentation complete with her band and costumes. “This was very interesting,” she said after taking in the masked characters dotting the lineup, but she demurred on whether anything would make its way in her production next year.