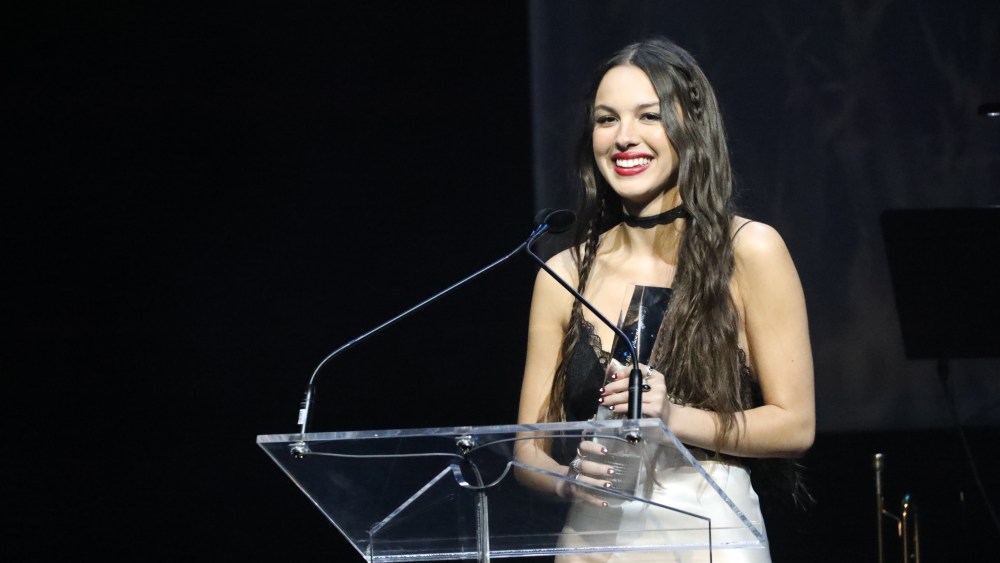 Olivia Rodrigo went with her go-to punk style for her latest public appearance.

The Grammy-winning musician attended the Canadian Songwriters Hall of Fame Gala in Toronto on Saturday night wearing a standout look from Saint Laurent. Rodrigo’s look was a crepe satin slipdress that featured black lace detailing from the design house’s pre-fall 2022 collection. She paired the look with the Saint Laurent Amber Sandals in leather.

Rodrigo attended the event to help induct fellow musician Alanis Morissette into the Canadian Songwriters Hall of Fame. On stage, Rodrigo spoke about Morissette’s influence on her own music and career.

“Alanis’ songwriting was unlike anything I’d ever heard before and I haven’t heard anything quite like it since. And that voice — fierce and tender and sometimes funny and playful. I became hooked for life,” Rodrigo said. “Alanis captured the anger, the grief and the love of the human experience better than anyone. Her songs unite people and empower people and help them heal. Alanis, you’re a trailblazer and you’ve inspired an entire generation of uncompromising, radically honest songwriting. But even more than your long list of musical achievements, I look up to your character and your kindness most of all.”

She also channeled her punk style this summer when she surprised guests at Madison Square Garden when joining Billy Joel on stage during his concert. For the performance, Rodrigo wore a vintage Vivienne Westwood corset with an orange tartan miniskirt.