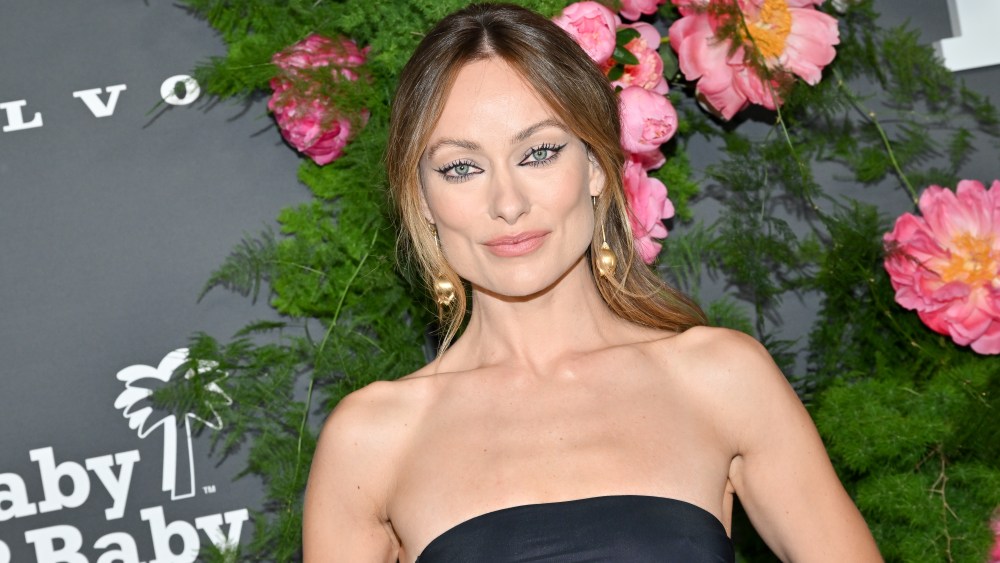 Olivia Wilde arrived on the red carpet on Nov. 12 for the 2022 Baby2Baby gala in West Hollywood, California, wearing a midriff-baring two-piece black ensemble.

In honor of the event, Wilde wore a black bandeau top, revealing her shoulders and midriff, paired with a voluminous pleated black skirt. Magda Butrym designed Wilde’s ready-to-wear look for the evening.

For makeup, Wilde went for an evening-ready look, including a nude lip, a hint of blush, and cat-eye liner. Her wavy hair was style half up, with face framing strands. Wilde also wore black nail polish matching her dress to her nails.

Wilde has been in the public spotlight a considerable amount this year with the release of her movie “Don’t Worry Darling,” which she both directed and starred in alongside Harry Styles, Florence Pugh, Chris Pine and Gemma Chan.

The promotional circuit for the film began with the Venice International Film Festival in August. The red carpet fashion, ranging from Styles in Gucci to Pugh in Valentino, made headlines during the festival.