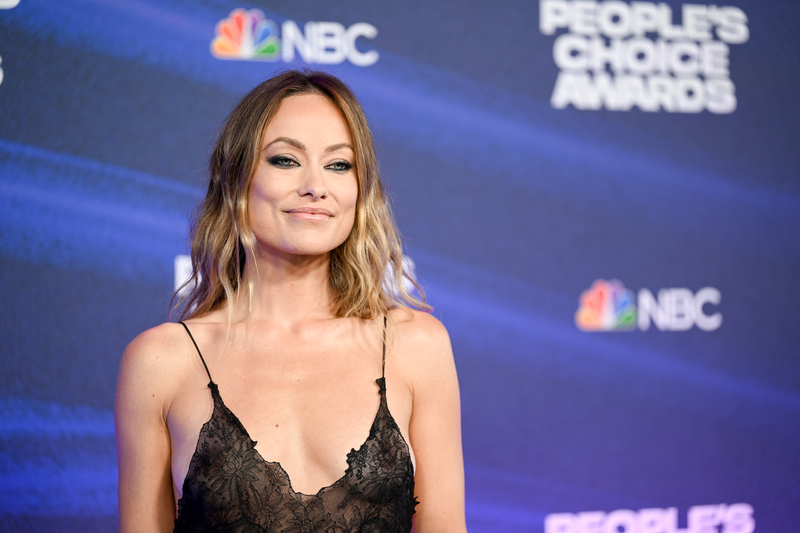 Olivia Wilde embraced lace at the 2022 People’s Choice Awards on Tuesday in Los Angeles. The actress looked to Dior’s 2023 resort collection, picking a dress straight from the runway.

Wilde’s black dress featured a low neckline and a bodice adorned with lingerie-like lace. The see-through gown cinched at the waist and was adorned with a large statement belt and gold buckle.

The lace continued to the skirt of the dress, creating a voluminous effect. Underneath, Wilde wore a pair of black briefs.

Karla Welch helped Wilde with her awards show look, and in the past has worked with Michelle Monaghan, Tracee Ellis Ross and Hailey Bieber.

Wilde has enticed many with her major fashion looks. In November, she wore a violet and silver chevron-printed sequin Gucci gown to the LACMA Art+Film Gala in Los Angeles. To the Women in Film Honors ceremony in October, Wilde wore a black hooded dress from Saint Laurent’s spring 2023 collection.

The People’s Choice Awards is an annual awards show where fans honor a year of outstanding pop culture entertainment, ranging from TV, film, acting and music, with winners chosen by the public. This year’s award show was hosted by comedian Kenan Thompson and awarded Lizzo as the People’s Champion Award and Ryan Reynolds with the People’s Icon award.