Olympia Le-Tan and Uniqlo Collaborate on Line of T-shirts, Totes

The collection was partially produced by displaced women in Malaysia and Afghanistan, and a portion of proceeds will benefit the U.N.'s refugee agency. 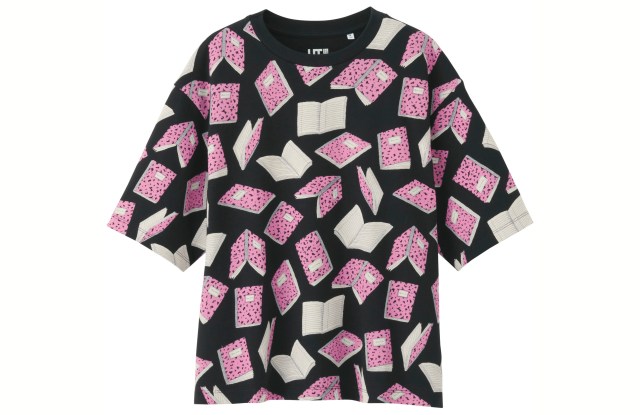 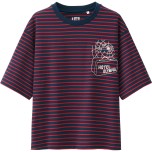 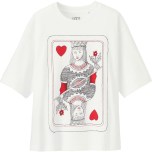 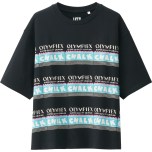 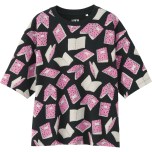 Olympia Le-Tan and Uniqlo have linked on a limited-edition collaboration of T-shirt and tote designs, partially produced by displaced women in Malaysia and Afghanistan.

While already available in Japan, the collection was released exclusively at Colette in Paris on Monday and is slated for wider international distribution at Uniqlo stores beginning next Monday.

Each piece is inspired by memorable moments in Le-Tan’s design history — including fall 2014’s slinky ode to a deck of cards and spring 2015’s schoolhouse overture. The eight T-shirt designs are both screen-printed and embroidered — some to mimic Le-Tan’s cheeky handbags and others transposing drawings by the designer’s illustrator father, Pierre. “We sort of did a best-of,” Le-Tan told WWD of the collection’s intent.

She’d already begun work on T-shirt designs for the Fast Retailing Co. Ltd., subsidiary when a Uniqlo representative asked her if she would like the collection to include a tie-in with UNHCR, the U.N.’s refugee agency.

“We first starting working on T-shirts and then someone who specifically works in that division at Uniqlo asked me to participate in the program. I asked for it to support women specifically and selected a few geographical regions that are good with embroidery,” Le-Tan said.

The collection grew to include a tote bag and key chain memento, incorporating an embroidered logo “OLT” patch, crafted by the women.

“With the time we had, we did what we could according to their skills,” explained the designer. The key chains were only produced in a very limited quantity, but about 2,000 tote bags — inspired by Le-Tan’s early milk carton purses — will be distributed worldwide.

Fast Retailing broke ground on its partnership with UNHCR in 2011 and in November 2015 pledged $10 million in sustained emergency aid relief over a three-year period to the cause. However, the Uniqlo x Olympia Le-Tan collection is the first case in which the company has directly supported career development among displaced individuals.

Designs retail for about 15 euros, or $16.97 at current exchange. Full proceeds from tote-bag sales and a portion of T-shirt proceeds will be donated to UNHCR.

To mark the collaboration’s release, Le-Tan has reissued the collection items that inspired each Uniqlo design — including the milk carton and chalk-box bags, which are available for pre-order on her Web site. “When [the collaboration] first came out in Japan, I kept seeing young girls posting pictures on Instagram and thought it would be nice for them to have the bag to match,” Le-Tan said.