Iffley Road, the elegant British clothing line for running enthusiasts, is breaking into the U.S. market. 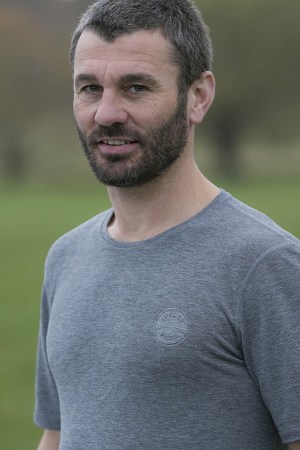 ON THE ROAD: Iffley Road, the elegant British clothing line for running enthusiasts, is breaking into the U.S. market via Barneys New York, which plans to stock it alongside brands such as Theory+ and the Russell Westbrook X Jordan collaboration. Tom Kalenderian, the store’s executive vice president, general merchandise manager men’s and Chelsea Passage, said Iffley Road “clearly pushes the fashion envelope, making this more of a street than treadmill concept.”

He said the store had been wanting to develop its selection of men’s athletic apparel and came across the brand, which was founded by Claire Kent, the former Morgan Stanley analyst, and her husband Bill Byrne, an IT expert. It launched in the spring of 2013 with the aim of filling a style and function gap in the market, and putting a stylish spring in the step of the amateur runner.

This story first appeared in the December 22, 2014 issue of WWD. Subscribe Today.

“We were attracted to the understated, modern feel of the brand and found it to be refreshing; what we think our client would come to expect from Barneys,” Kalenderian said.

Kent, who also sells the collection through Mr Porter and on the Iffley Road Web site, said the move to Barneys is part of a larger plan to grow the brand in the U.S. and internationally. “However, we want to take it step-by-step by seeing how we perform with Barneys and only distributing through the best retailers. We also plan to develop our own e-commerce through local-currency websites at some point in the future,” she said.