One for the Boys… Close Shave… Best Dressed…

It looks like Ashley and Mary-Kate Olsen have set their eyes on men's wear for their high-end label The Row. 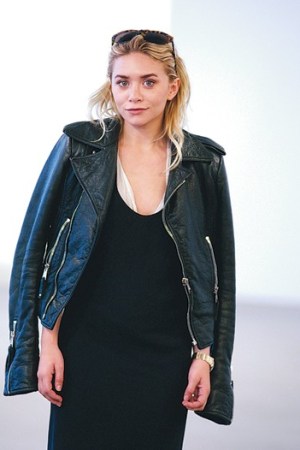 Gucci, Balenciaga Said to Team Up

Cardi B Teams With Reebok on Apparel Collection

ONE FOR THE BOYS: It looks like Ashley and Mary-Kate Olsen have set their eyes on men’s wear for their high-end label The Row. Few details could be learned, but Ashley Olsen, who originally conceived the line, is said to have started conceptualizing the men’s collection, which could launch as soon as next fall.

CLOSE SHAVE: The metrosexual phenomenon may have persuaded many men to splash their cash on regular facials, spa treatments and moisturizers, but Jude Law isn’t convinced. “I don’t know about you, but I think any man who has a pedicure clearly has too much time,” joked the actor and Dunhill ambassador at the brand’s splashy gentleman’s club Bourdon House in London Tuesday night. The townhouse, complete with spa, cinema, cigar lounge and traditional barber service, was thrown open to guests including Law, Sir Peter Blake, Daisy de Villeneuve, Dougray Scott, Lily Allen, Amy Sacco and Nicholas Hoult. Law may have shunned the preening on offer, but Cartier’s Arnaud Bamberger didn’t. “Oh I want everything done,” he enthused. “I want the full monty.”

BEST-DRESSED: Ben Grimes and her design partner Lily Parker unveiled their first LPBG collection here Wednesday — a clutch of flirty party pieces fit for aspiring London “It” girls. “This is the dress you really wanted when you were 15 — that would make all the boys fall in love with you,” said Grimes, holding up a deep pink silk dress with a ruffled skirt and sleeves. The two friends — Grimes is a former model who appeared in the Burberry Brit fragrance campaign and on the Marc Jacobs runway, while Parker is a designer who trained at the London College of Fashion — have also created pieces including a short trouser suit in deep blue silk and a fluid, pale gold lamé jacket. The 18-piece line will wholesale from about 30 pounds, or $54, for a cream top through to 222 pounds, or $404, for a silk jumpsuit. Grimes and Parker are showing the collection to buyers this week at the Connaught Hotel in Mayfair.

EURO STARS: What do Bernard Arnault, Mick Jagger, John Elkann and Steve Jobs have in common? They all participated in a roundtable discussion in Brussels Wednesday about online retailing in Europe, hosted by competition commissioner Neelie Kroes. The discussions are designed to tackle unnecessary barriers to Internet retailing. A report will be published later this year.

L&T’S ROOFTOP GIG: Hopefully, the hurricanes will be well out of range today, when Lord & Taylor gets the fashion crowd on its rooftop for the launch of Black Brown 1826, the store’s new men’s private label designed by Joseph Abboud. Lord & Taylor is elevating its offerings and appeal. It’s even got Jeremy Piven, star of the HBO series “Entourage” hosting the Black Brown 1826 launch.

KEEPING UP WITH THE JONES: Milliner Stephen Jones has been the man about town during London Fashion Week — launching his first fragrance, unveiling his spring collection and revealing some tricks of the trade. On Monday night, a party was held in honor of his debut fragrance at London’s Dover Street Market, so it was no surprise revelers feted him by wearing hats. “I was going to wear a top hat, but I didn’t think it was right for the occasion,” said Belmacz designer Julia Muggenburg, who opted instead for a painterly confection. “I was feeling very Rembrandt.”

Jones has also been showing his spring-summer lineup during London Fashion Week. Perhaps because his work will be the subject of an exhibition at the Victoria & Albert Museum come February, many of his latest designs take a nostalgic tack. Meanwhile, Jones admitted to putting his foot down while designing the crumpled boaters for Marc Jacobs’ acclaimed fashion show in New York earlier this month. “We trod on them to get that flattened effect,” he said during the launch party Tuesday night for Wallpaper’s latest issue.

DRESS CODES: Savile Row tailor Ozwald Boateng is plotting another foray into women’s wear and hinted negotiations are already under way with a big company for a launch before 2010. “Sourcing is a key component. I want the best quality,” the designer revealed at the packed Swarovski-sponsored party Tuesday night in London for Giles Deacon. Models were atwitter about what they would wear at Naomi Campbell’s charity fashion event the next night. Singer and fashion darling Roisin Murphy had Vivienne Westwood lined up. “I am going over to her house to be dressed, so goodness knows how I will come out,” she joked.

GOING GOTH: The bright and pricey Ilori sunglass boutique on Robertson Boulevard in Los Angeles seemed like an odd place to fete macabre Goth fashion, but Valerie Steele asserted there was a connection between the two. “The idea of veiling and masking are intrinsic to the Goth, and sunglasses are a big part of that,” explained Steele, curator of the exhibit “Gothic: Dark Glamour” at the Museum at the Fashion Institute of Technology in New York. She hosted the soiree Tuesday night with Selma Blair, who plays Kim, a character with a style that could never be called Goth, on NBC’s “Kath and Kim.” “She would probably wear things with a lot of rhinestones,” Blair said of Kim’s sunglass picks. “She has kind of changed my viewpoint. I am starting to wear things that have slogans and iridescence. It is getting kind of scary.”