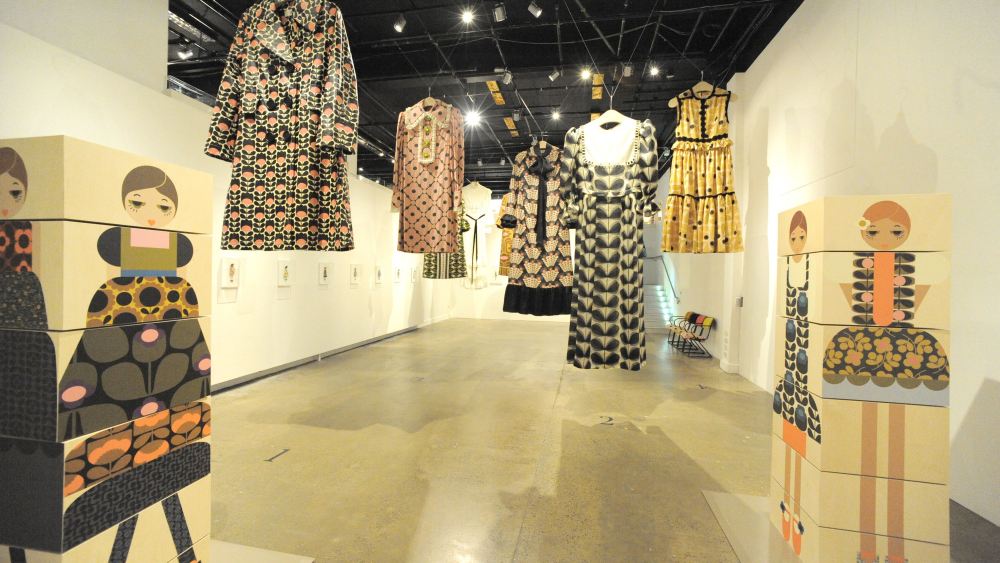 PRINTS, PLEASE: Orla Kiely is an evangelist for print, and her passion for pattern will go on display this week at London’s Fashion and Textile Museum.

“I want people to come away loving pattern and print. It’s something that makes you feel so good,” said the designer during a preview of “Orla Kiely: A Life in Pattern.”

The exhibition, which has been curated by Dennis Nothdruft, head of exhibitions at the Fashion and Textile Museum and textile historian Mary Schoeser, spans two decades with more than 150 pieces on show. They include Kiely’s signature floral prints, Sixties silhouettes and girly dresses.

She said she loved going through her archive ahead of the show.

“I’ve got favorites from the past and going through the archive is kind of like me marking my life, and also my kids and the stages we were at during certain things. I went through the whole process as a young mother, so you can remember stages of your life, looking at something as simple as a basket bag.”

Also on show are mood boards, samples, sketches, patterns and prototypes. There is also her debut collection of hats from London Fashion Week in 1994 and pieces from her homeware range.

Film projects with Mercedes Helnwein and Gia Coppola are also featured, as do Kiely’s family photos.

Kiely’s prints have also been cast onto enlarged versions of her dresses and coats, which have been suspended from the ceiling.

“As a textile designer as much as anything else, I thought rather than hanging lengths of fabric, I wanted to do these giant dresses,” said Kiely. “I knew in my head that it would be this kind of magical thing — and that’s what I wanted.”

Nothdruft said “the exhibition is very much inspired by Orla herself — the vision, the humor, the attention to detail. For us, it was really about letting the visitor experience the breadth and scope of her work.”

He added that the designer has created “some prints and designs that will be studied by design historians of the future. They will define a moment in time in the way William Morris or Lucienne Day define their eras.”

“A Life in Pattern” by Orla Kiely (Conran Octopus, 25 pounds) has been published to coincide with the show, which runs from May 25 to Sept. 23.