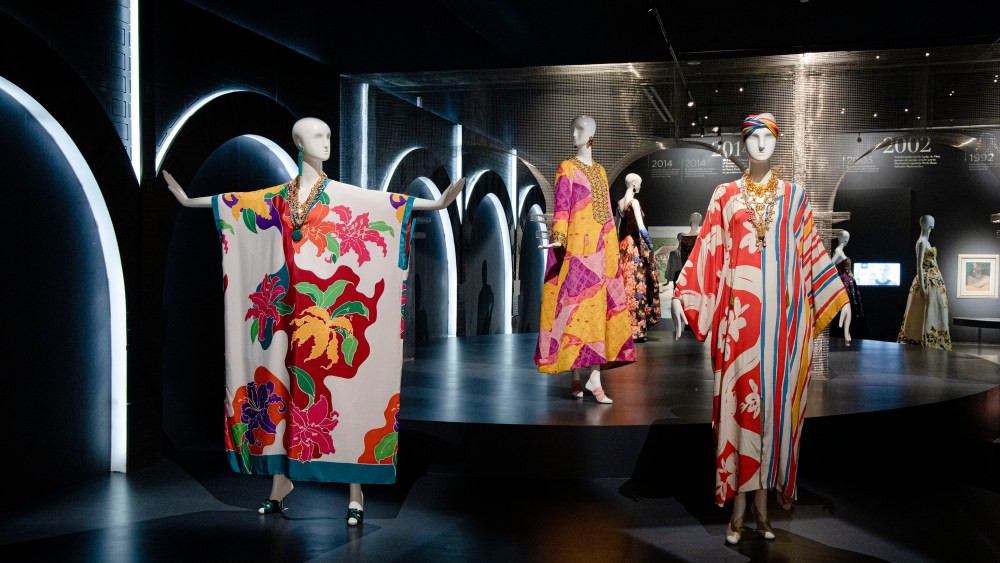 Oscar de la Renta’s life and fashion career are the subject of a new exhibition at Centro León in Santiago de los Caballeros in the Dominican Republic that opens today and runs through mid-April.

The Dominican fashion designer, who died in 2014 at the age of 82, was “incredibly proud of his heritage,” said Alexander Bolen, chief executive officer of Oscar de la Renta. Bolen was reached in the Dominican Republic, where a party was being planned for 700 people on Thursday night to celebrate the exhibition.

Titled “Being Oscar de la Renta,” the exhibit focuses on the designer’s life growing up in the Dominican Republic, and his fashion career. “They approached us before Oscar died, and he was very much in favor of the idea,” said Bolen.

“The exhibition is not just about his work as a fashion designer, it is principally about that,” added Bolen. “It talks about his early days growing up in the Dominican Republic, and the things he did in developing Punta Cana,” he said.

A 30-minute documentary about de la Renta’s life, directed by Raúl Camilo, will be shown as part of the exhibition, highlighting people such as Henry Kissinger, Julio Iglesias, Hillary Clinton, Michael Bloomberg and Anna Wintour talking about him, as well as archival footage of de la Renta.

The exhibition consists of five spatial moments showcasing the different dimensions of de la Renta. There are 46 original designs showcased, along with various objects and personal artifacts of the designer’s, along with 60 magazine and book covers and various artworks.

Molly Sorkin, an archivist for Oscar de la Renta, said that Centro León chose looks that said something about de la Renta’s career and his Dominican heritage, and some looks reflected his years in Spain. The majority of the dresses came from the archives, but others were on loan from such people as Taylor Swift, Oprah Winfrey, Sarah Jessica Parker, Clinton, and Laura Bush. Eliza Bolen, de la Renta’s stepdaughter, lent her wedding dress.

Shown through the decades, the dresses begin in the Sixties and feature his trademark details, such as embroideries, lush fabrics, colors and vivid Oscar pinks. “You see this early on in his work, and then, of course, he developed all these themes throughout his career,” said Sorkin. “He stayed completely relevant and of his time as he moved through more than 50 years as a designer.”

The fashion goes back to his days working at Jane Derby. There is also artwork that de la Renta did while he was in art school of cityscapes of the old town in the Dominican Republic. The show concludes with three looks designed by his successors, Fernando Garcia and Laura Kim.

There’s also a lab that speaks about his perfumes and a cafeteria with some of his favorite Dominican food, featuring the recipes from his cook that he had for 40 years. Tying in with the exhibit will be storytelling, featuring books about fashion, and a movie forum related to fashion.

María Amalia León, director of Centro León and president of the Eduardo León Jimenes Foundation, said the exhibition takes the point of view of de la Renta as a human being, and what he was as a man. It delves into his work as an artist and a painter before becoming a fashion designer.

According to Sara Hermann, the curator, the exhibition is arranged as a narrative reflecting the journey through his life. It starts as showing de la Renta as a public persona through magazines and public life, and then goes back to his roots in the Dominican Republic; his years in Spain and Paris, and his life in New York as a fashion designer, while still pursuing economic endeavors in the Dominican Republic. The exhibition then highlights some of the most iconic moments dressing first ladies such as Nancy Reagan, Laura Bush, Clinton and Michelle Obama, shown side by side with his dresses for the Dominican Republic’s first ladies. The exhibit also explores other elements of de la Renta’s life, such as his philanthropy and how he devoted so much of his earnings to helping children in the Dominican Republic by educating them and fostering creativity through the arts. The final part is the essence of a legacy, as shown through a garden. “We think his legacy is like his garden,” said Hermann.