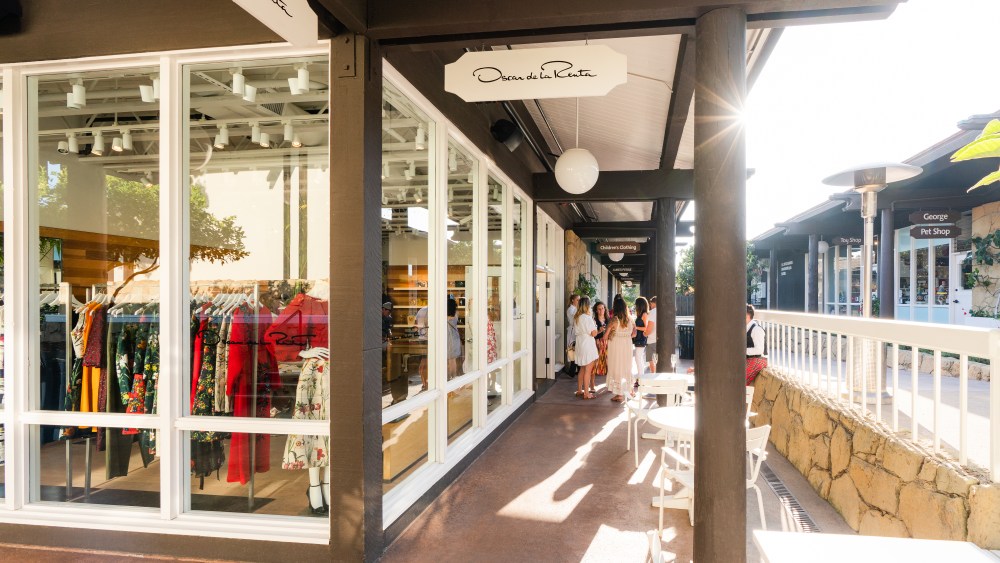 First Newport, then Mykonos. Oscar de la Renta is buying into the summer pop-up trend with a temporary boutique at the Montecito Country Mart through end of August 2018. The independent retail collective – sister to the Brentwood Country Mart and a similar concept in Marin – is known for a rustic charm that embodies the Santa Barbara lifestyle.

In order to aid efforts of the town’s recovery from the devastating mudslides of January 2018, 10 percent of all sales will be donated to the Santa Barbara Bucket Brigade, an organization dedicated to the restoration and salvation of local homes.

“With the continued success of our boutique on Melrose Place in West Hollywood and our wholesale partners throughout the state of California, it makes tremendous sense for us to join our customer in Santa Barbara,” said Alex Bolen, chief executive officer of Oscar de la Renta. “Most of our retail business is based on local customers and we try to make connections in communities where our customers are. The Country Mart is a different tenant mix for us, but it very much services the local community and is hopefully an opportunity to get tourists as well. We can stock it from our Los Angeles boutique, the same way we do in Mykonos with our Athens store.”

To highlight the new boutique, the house was a premier sponsor of Saturday night’s Lotusland Gala in Santa Barbara, showing pre-fall and fall 2018 looks including botanical prints from the collections displayed against the backdrop of Lotusland’s lush gardens.

“Oscar was a huge fan of Lotusland. When we’d come to Los Angeles in spring for The Colleagues luncheon, he’d say, ‘We have to go to Lotusland.’ He actually made a small part of his garden in the Dominican Republics based on Lotusland,” said Bolen.

He noted Californian’s resilience in bouncing back from natural disasters, which continue this summer with the wildfires. Bolen, who took his son Henry as his date this year while also doing West Coast college tours, will be back for the annual Lake Tahoe benefit with Saks Fifth Avenue next week.