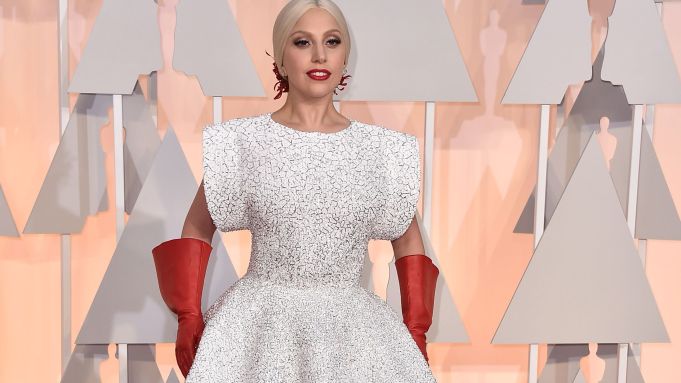 Every year, the Oscars red carpet produces a number of standout looks that stand the course of time.

However, there are also looks that leave the cultural lexicon soon after the ceremony, but are still memorable in their own right.

For example, take Olympic figure skater Adam Rippon’s look at last year’s Academy Awards. Before Timothée Chalamet and Michael B. Jordan championed the harness during this year’s awards season, Rippon was seen sporting the look under a tuxedo, created by Moschino.

Before she was nominated for any Oscars, Nicole Kidman established herself as a red-carpet standout in 1997, when she arrived to the ceremony wearing one of John Galliano’s first designs as creative director at Dior: a chartreuse-colored silk dress with floral embroidery.

There were also the red-carpet flops, such as Juliette Lewis’ ill-advised cornrows in 1992 and Faith Hill’s rainbow Versace gown in 2002, and the more creative costumes, like costume designer Lizzy Gardiner’s American Express dress from 2004.

Click through the above gallery to see more of the forgotten looks from the Oscars red carpet.

Can Fashion Save the Oscars?

Oscars 2019: Everything You Need to Know About this Year’s Academy Awards