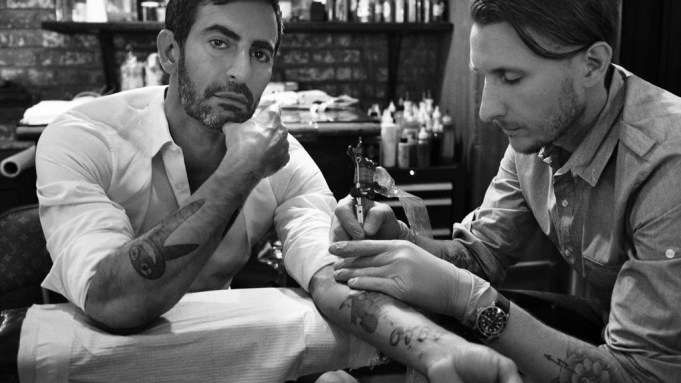 OUT OF THE SPOTLIGHT: Two of the headliners for Monday night’s CFDA Awards, Fashion Icon Johnny Depp and International Award winner Rei Kawakubo, will be picking up their prizes in absentia. The three-time Academy Award nominated actor is on location in the Navajo Nation shooting “The Lone Ranger” and Kawakubo is tied up getting things in order for the June 29 Comme des Garçons men’s show in Paris.

In what a CFDA spokesman called “a complete coincidence,” both winners asked John Waters to present and accept their respective honors. The cult filmmaker has been a fan of Kawakubo’s for years and is expected to sit at the awards with her husband and business partner Adrian Joffe. Waters directed Depp in “Cry Baby.” The CFDA said it knew when they decided to honor the elusive Kawakubo and free-spirited Depp “that there might be a chance that both would not be able to attend but felt both were deserving no matter what.”

Guests at Avery Fisher Hall will at least be able to get a good long look at this year’s winners and nominees. Trey Laird has once again overseen the creative direction for the CFDA journal, which was photographed by Craig McDean. Shot on location for the first time, this year’s version is called “A New York Portfolio.” “We loved the idea of New York City being part of it because there is such excitement about fashion coming out of New York. And New York plays such a big part in all of these people’s lives,” Laird said Wednesday. “We really wanted to make it feel loose and very reportage.”

Proenza Schouler’s Jack McCollough and Lazaro Hernandez traipsed down into the subway for their portrait, Simon Spurr was pictured in a diner having ham and eggs and Phillip Lim was caught shooting hoops at McCaffrey Park even though he had never played before. “We had an impromptu lesson and I have to say by the end of the shoot, he was really good,” Laird said.

Marc Jacobs also went beyond the call of duty. Fresh off a flight from Paris on the day of The Met gala, he went straight to Scott Campbell’s tattoo studio in Brooklyn to be photographed. Once that was squared away, he rushed back to Manhattan to get dressed for the party. Mary-Kate and Ashley Olsen also had some last minute changes to deal with. When Ashley was unable to be in New York as planned, Laird decided to shoot Mary-Kate in her New York apartment Skype-ing with Ashley in Los Angeles. “Ashley had to be up at 6 or 6:30 in the morning. She was a total sport,” Laird said.