The retailer is bringing its California sensibility to the East Coast with a 10,000-square-foot store at 583 Broadway that will run through Labor Day. 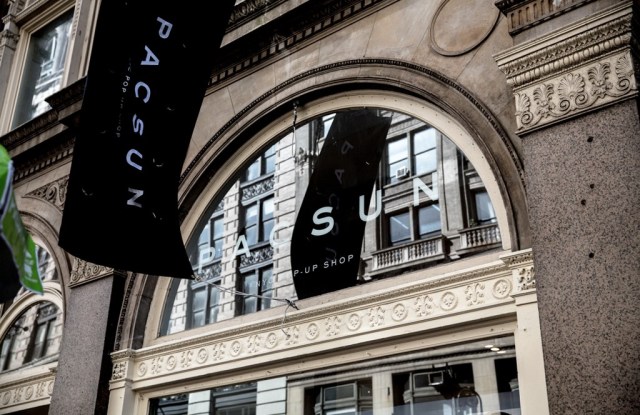 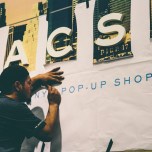 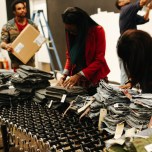 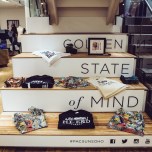 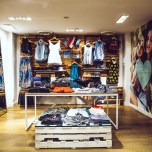 HEADING TO THE EAST COAST: PacSun is bringing its California sensibility to New York with a pop-up shop at 583 Broadway running through Labor Day. Put together by Pacific Sunwear of California Inc. in 30 days, the 10,000-square-foot, two-level temporary store is around 6,000 square feet bigger than PacSun’s typical stores, allowing the retailer to enlarge displays of brands it wants to showcase, including Nike, Hurley, Vans, Diamond Supply Co., Modern Amusement, Beats by Dre, Brandy Melville and its exclusive collaboration with the Jenner sisters called Kendall & Kylie.

“We’ve wanted to have a presence in SoHo for a while and have been looking for the right opportunity, and this literally popped up on short notice, and we grabbed it,” said chief executive officer Gary Schoenfeld of Anaheim, Calif.-based PacSun. “There are some people that haven’t slept a lot for the past four weeks, but we are pretty excited.”

Like has been Schoenfeld’s strategy in PacSun’s permanent stores, he outlined the goal of the pop-up location is to reintroduce PacSun to shoppers now in their late teens and early 20s who might have frequented the retailer’s stores years ago but have more recently favored vertical retailers. When the summer ends, PacSun will consider a permanent retail home in New York. “We’d love to be there on a more permanent basis. The rent is unbelievably expensive, so it is too early to say what it might lead us to next,” said Schoenfeld. PacSun currently has 638 stores.