The American actress will host the brand’s party on Feb. 22 during Milan Fashion Week.

MILAN — The bombshell is back.

“Baywatch” and Pamela Anderson running on the beach in that staple red swimsuit helped define Nineties aesthetics — and now contemporary streetwear brand GCDS has tapped the blonde actress to front its spring campaign.

The model and actress turned activist will be attending a party in Milan on Feb. 22 planned by GCDS founder and designer Giuliano Calza to unveil the images and a fashion movie.

“It’s a cliché, the supersexy American — she had to be an outsider among a community of outsiders,” said the designer describing how the campaign was conceived.

Director and photographer Nadia Lee Cohen shot the campaign in the desert outside Los Angeles. The images portray Anderson among a group of vicious and weird characters, inspired by the Midwest communities in the U.S. “We wanted to give the [spring 2018] collection a different angle, we decided to bring it to a disturbing place, among a community of outsiders” Calza mused.

The models’ extreme looks with bleached eyebrows, long nails and receding hairlines, contrast with Anderson’s beauty. According to Lee Cohen, the fashion movie “portrays an incredible sense of freedom, these inhabitants are free, they have no inhibitions about how they want to express themselves.” 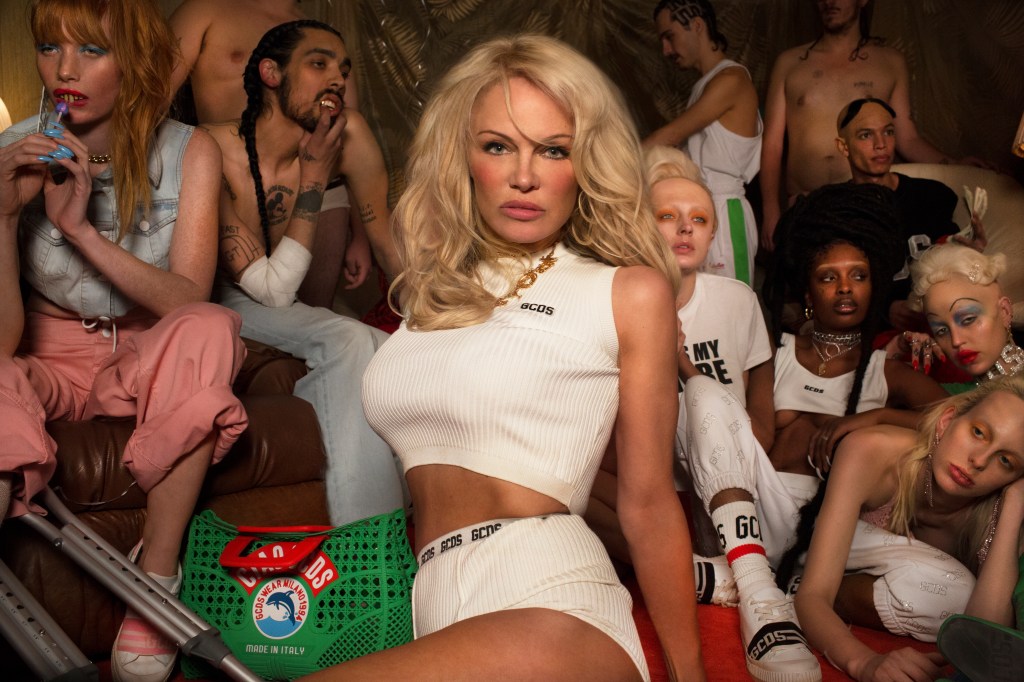 The movie flanking the campaign will see Anderson die on screen, eventually murdered by the matriarch of the community. “Having Pamela dying [on screen], it’s the icon dying,” explained Calza, recalling how the brand’s whole aesthetic has always had a Nineties vibe.

“In such a delicate and difficult period, our message is that violence should stay in movies, it’s a way to exorcise it, to exorcise our fears,” the designer explained. The aim is — by contrast — to celebrate diversity and acceptance, to show “a grotesque place where everyone is fabulous in their own way,” he insisted.

To celebrate its debut, a party will be held at a Milanese palazzo at 8, Via Passione, here. Inside the venue a museum-like display of objects, outfits and memorabilia used for the shoot will invite interactivity. These include Anderson’s shoes, wigs and life-size images of the campaign printed on canvas. “We wanted to re-create a sort of ‘crime scene’,” joked Calza.

The campaign is slated to appear on international publications on Feb. 22.