The restaurant originally opened in 1998 and was the first of the 25 that were rolled out globally by Giorgio Armani over the following years. Eight of these are Emporio Armani Caffés in cities ranging from Milan and Tokyo to Dubai and Santiago de Chile.

The Paris Emporio Armani Caffè and Restaurant were renovated in 2016 together with the brand’s flagship, located in the heart of the city’s Saint-Germain-des-Prés. With a brighter and airier look, the store was unveiled in October that year together with the spring 2017 Emporio Armani collection, exceptionally presented with a runway show in the French capital for the occasion, rather than in Milan.

With walls clad in metallic leather and gently curving, the Caffé is on the ground floor, while the restaurant is on the first story.

Tringali’s menu emphasizes traditional Italian cuisine dishes — and favorites of the designer, too — with highly selected ingredients, such as spaghetti with San Marzano tomatoes and fresh basil, or Piedmontese veal with a tuna-and-Salina-capers sauce and sweet-and-sour vegetables, completed by Italy’s staple dessert, the tiramisù. 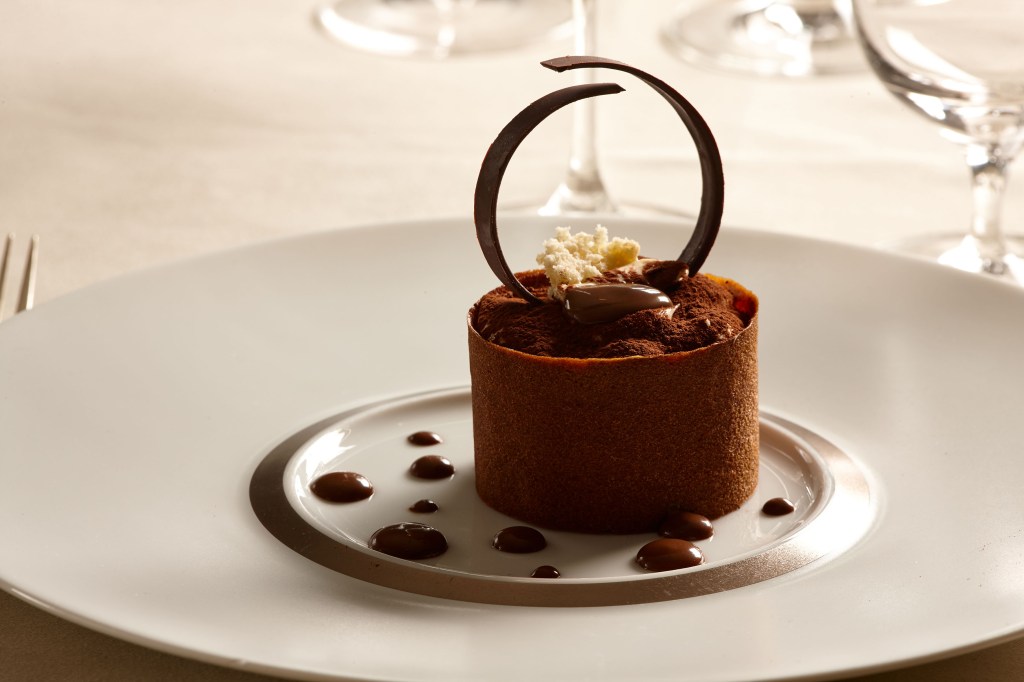 The tiramisù at the Emporio Armani Restaurant