Guests shared their thoughts on the show’s theme: the color blue.

By Katya Foreman
with contributions from Joelle Diderich
on March 3, 2017
View Slideshow 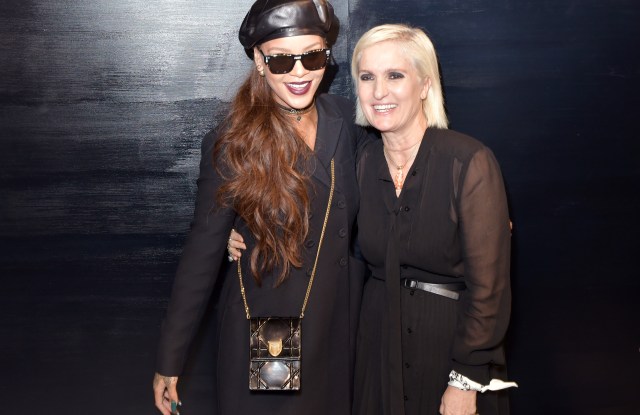 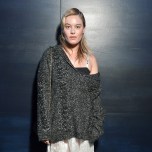 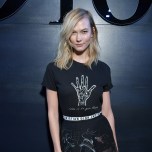 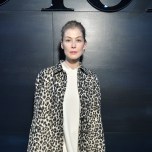 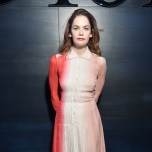 LUCKY BLUE: Guests were singing the blues at the Dior show on Friday, with an army of high-profile friends of the house descending on the event including Rihanna, Kate Moss, Uma Thurman and Sienna Miller.

“I love blue, but I like mysterious blues like navy and blue-black, when it’s very strong and dark,” said British actress Rosamund Pike, who has just wrapped three films including Cédric Jimenez’s “The Man With the Iron Heart.”

“Blue, that’s the theme? I love blue! Do you like blue?” laughed Ruth Wilson, adding: “Blue is melancholy, blue is the sea, blue is the color [of] my eyes.” The actress said she hopes to be heading to the Cannes Film Festival in May with the John Cameron Mitchell-helmed “How to Talk to Girls at Parties,” costarring Nicole Kidman and Elle Fanning. So how exactly does one talk to girls at parties? “I don’t know, I tend to do it over a glass of Champagne,” shrugged Wilson before elaborating on the film’s plot. “It’s set in Croydon in the Seventies, and it’s aliens versus punks. Guess which one I am?”

“Blue? Yeah, I quite like the color blue. This is quite cool in here, isn’t it?” said Lottie Moss before plunging into the blue-lit dark tunnel leading to the show tent.

Right behind her, Miller said she’s about to start preparing for the Young Vic’s production of Tennessee Williams’ “Cat on a Hot Tin Roof,” which will open at the Apollo Theatre in London’s West End in July. The actress will star opposite Jack O’Connell. “I’ve been reading it a lot, and I’m going on a little road trip to Mississippi,” she said.

Clémence Poésy said she was preparing to return to work after giving birth to her son Liam. “I’m leaving on Saturday to work on the third series of ‘The Tunnel,’” she said. “I haven’t shot in England since Brexit, so we’ll see how it goes.”

Ana Girardot was preparing to play the wife of Formula One champion Alain Prost in a biopic to be directed by Julien Leclercq. “She was by his side since they were both 18, but she never wanted to attend a single race. She was extremely afraid,” she said. The French actress wasn’t much of a fan of the sport before, but has warmed to it lately. “I watched a lot of news reports and I love it. It’s brilliant,” she said, adding that the next step was visiting a real Formula One track — with earplugs. “I hear the noise is just unbelievable.”

Camille Rowe, the face of Dior’s Poison Girl fragrance, said she’s due to start shooting the next Cédric Anger movie — “L’amour est une fête” (“Life’s a Party,” in English) — in July. “It’s a tragedy,” she quipped. “No, it’s based in Paris in the early Eighties, it’s going to be really fun,” added Rowe, who didn’t even get to experience the decade first hand. “I was born in the first week of the Nineties, so almost.”