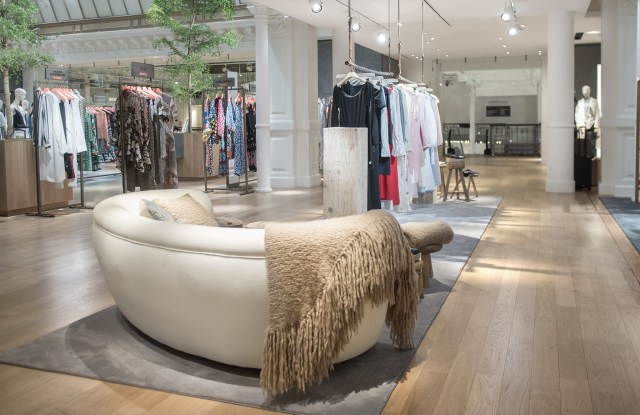 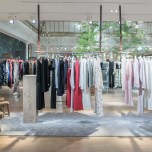 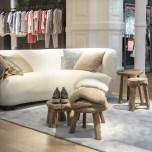 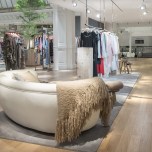 PLAYING STORE: Le Bon Marché is giving a warm welcome to Gabriela Hearst for the first season it’s stocking her collection. The Paris store opened Hearst’s first-ever pop up shop on March 1,, giving her a space on the second floor designer section to house her spring collection. It will be open for one month.

Hearst said Le Bon Marche approached her with the idea two months ago, giving her a short window to get the pop up together. “It was an opportunity I couldn’t miss – Le Bon Marché is one of my favorite stores in the world and to be able to open during fashion week,” said Hearst. “It’s also like playing ‘store’ a little bit.” Designed by Bureau Betak, which worked on the set for Hearst’s recent fall show, the space features a suspended rack in distressed leather, a nod to Hearst’s Uruguayan ranching roots, as well as milking stools, antique and vintage furniture in wood and stone and a custom sofa covered in excess cashmere from her collection, which is hand-knitted by a women’s co-op in Uruguay called Manos Del Uruguay. “We have a mentality of non-waste, so the design represents that, and it’s a mix of rustic and luxury,” said Hearst. Her ready-to-wear and shoes will be available in Le Bon Marche — handbags are available exclusively via private order with Hearst.

The pop-up is her first-ever dedicated retail space, and she’s using it as a test for her own retail, which she plans to open within a year. “You can story-tell more with your own environment than just a rack of clothes,” she said, adding that she has been on four location scouting tours and is waiting for the right space to open up. ”I think our brand is a collection that needs more than just a rack.”