The British royal and it-girl sat next to actress Emma Greenwell, who played a noblewoman in “Love & Friendship.” 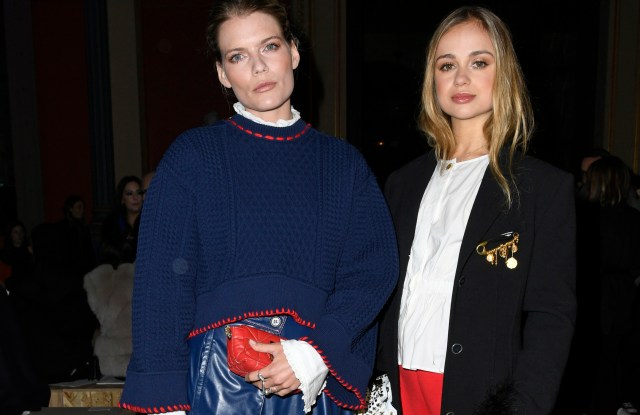 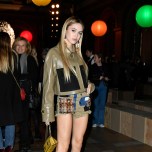 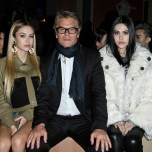 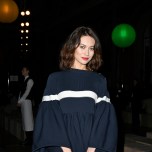 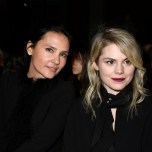 Greenwell said she had just spent a month in Mexico “taking some me-time” after filming two seasons of the Showtime series “Shameless” in quick succession.

“Mexico was amazing,” the actress said. “I was traveling with my friend who is a designer, Lotte Selwood. She’s looking at sustainable fashion so we went out visiting factories and artisans.”

Another pedigreed “It” girl who walked in the Dolce show was seated nearby. Delilah Hamlin, daughter of the actors Harry Hamlin and Lisa Rinna, attended the show with her father and sister Amelia.

“I try to go with the flow,” Hamlin said of her nascent career, which has included modeling for Tommy Hilfiger and Sherri Hill. “I feel like modeling is really just what’s happening right now, but I also sing.”