François-Henri Pinault, Salma Hayek and Pamela Anderson were among the guests with a cause. 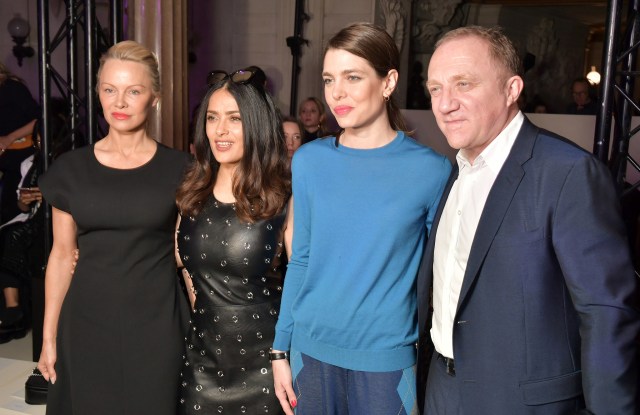 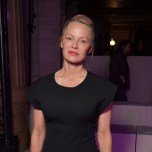 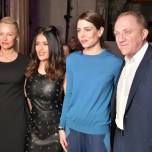 WHAT’S YOUR CAUSE: François-Henri Pinault, the head of Stella McCartney’s parent company Kering, has frequently stated his commitment to making the fashion business more socially responsible and environmentally sustainable. Sitting front row at McCartney’s fall show, Pinault wasn’t the only activist on call.

Guest Pamela Anderson is a longtime devotee of McCartney’s animal-friendly faux-leather shoes and accessories. “These days I’m just running around trying to save animals and the people I love,” Anderson said at the show.

The former actress has a foundation dedicated to animal rights as well as survivors of sexual violence. In recent months, Anderson has paid a number of visits to Wikileaks founder Julian Assange at the Ecuadorian Embassy in London.

During a visit to France last year, Anderson addressed the nation’s parliament in support of banning the force-feeding of geese to produce foie gras. “This is a national treasure for some reason — but if people knew what these geese suffer, if they saw the videos they couldn’t eat it,” she told WWD.

Arizona Muse said she had ramped up her charitable engagements as well, most recently committing to work with the group Synchronicity Earth. “It’s a charity for women and the environment,” the model said. “I’ve never seen such integrity before. Any work they do has to be with companies that are sustainable.”

Salma Hayek, who has worked to combat violence against women as board director of the Kering Foundation, took in the show with her arm wrapped around husband Pinault. She was perched near Charlotte Casiraghi, the former Gucci face and a member of the royal house of Monaco who helped to launch the sustainable fashion magazine Ever Manifesto.