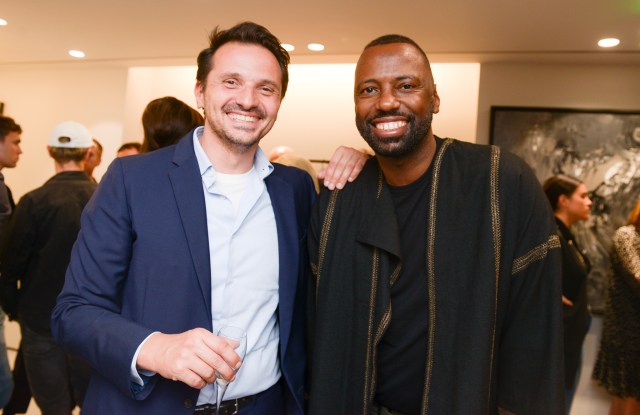 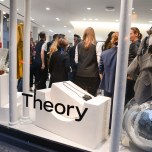 At Colette, the crowd lined up to get copies of Grace Coddington’s latest tome,“Grace: The American Vogue Years,” signed by the author, while upstairs the launch of Fabrizio Viti’s eponymous footwear line was a more low-key affair.

“I was really curious to see what Fabrizio would do under his own name,” said model and philanthropist Vodianova.

She picked out a pair of dainty pale blue suede flats with daisy chains in guise of ankle straps from the spring collection, which was previewed at the event.

“I love daisies; my company is called ‘Daisy’ in Russian,” she said after being presented with a handful of flower-shaped cookies for her kids by Alexia Niedzielski, who is head of communications for the fledgling brand.

“We don’t want to do too many retailers at once, only the best,” she said, adding that one or two more accounts could be in the cards for spring.

“I’m working on it,” smiled The Webster’s Laure Hériard Dubreuil.

Next door, Theory was feting its corner store reopening after a revamp to draw more attention to its window displays in the form of an installation by independent creative director Franck Durand.

“We realized we have one of the most important retail corners in Paris, and thought the store needed a refresh,” explained Theory chief marketing officer Siddhartha Shukla.

The new installation, a series of geometric blocks that serve as a backdrop to showcase the brand’s creations, was unveiled Friday and will remain in place for a few months. It marks the beginning of a collaboration between the brand and the Paris-based designer.