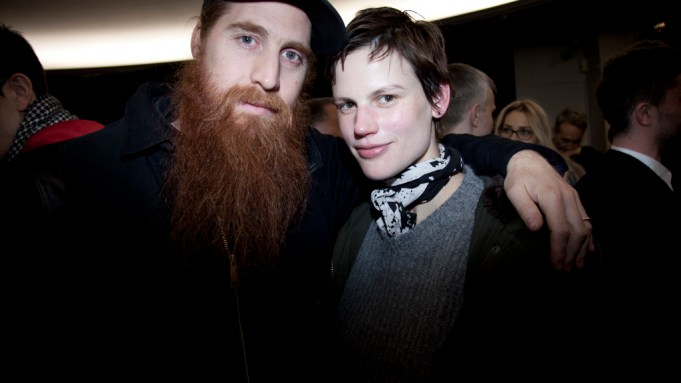 This debut short film by the Belgian photographer that premiered in London earlier this year centers on three teenagers growing up in a small village in the Bible Belt of Flanders.

“After London, Paris, [the film] goes to New York. It’s going to be there in April,” said Vanderperre, who already started a second one. “It’s a follow-up to the film.” The photographer also has a limited-edition book in the pipeline called “Ten Works of Raf.” “It’s 10 prints [of Raf Simons] in a book. It’s a nice time to reflect on what Raf has done as now he’s focusing on his men’s wear. It will launch on March 18 at Dover Street Market’s new location in London,” Vanderperre said.

Vanderperre’s longtime collaborator and partner Olivier Rizzo styled “Naked Heartland.” I was able to work with Raf [Simons’] archives to make the schoolkids’ uniforms,” Rizzo explained. “They are very recognizable Raf pieces. But also, I worked with a Belgian manufacturer who does uniforms for a very famous private school in Belgium. Certain shirts, pleated skirts and socks are authentic. There’s a bomber jacket that one of the boys wore that is very iconic. It means something in a certain moment in teenage college years,” said Rizzo.

“There’s something poetic in [Vanderperre’s] photographs. He gets into the intimacy of the characters he shoots,” said Mathias Augustyniak of the design duo M/M said who just wrapped up the Loewe campaign and shot a video in Buenos Aires to accompany the release of Benjamin Biolay’s new album due April 22.

Tennant and a friend showed up while the screening has already started. “I worked with Willy quite a lot. I’m very curious to see his film,” Tennant said.

Meanwhile, de Brauw’s due date is this week.