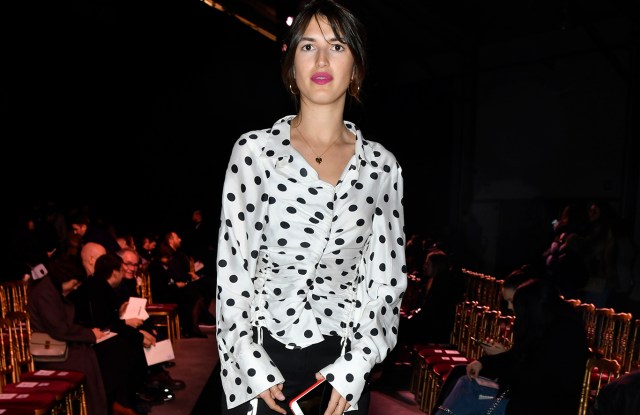 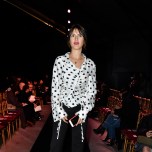 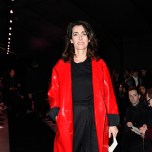 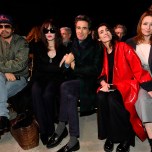 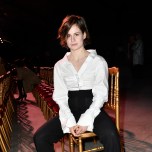 LIFTOFF: “It’s an almost like an airstrip,” fashion commentator and documentarian Mademoiselle Agnès remarked as she peered down the  catwalk that spanned the echoey hall of the Paris Event Center. “One might think about the rise of Jacquemus – how he’s just taking off, like a rocket.

“In France, the houses are all paying attention to what the young people do,” she said, citing the Y/Project’s Glenn Martens as another example. The way the designer had used strings of pearls for details like straps on tops and dresses was starting to crop up in other collections, according to Mademoiselle Agnès, as well as his penchant for cinching up and bunching fabric. “These designers really have an impact,” she said.

Her most recent documentary, “Cagole Forever,” premiered as a special on Canal Plus TV channel in February. The word “cagole” – which loosely translates as “hussy” – usually refers to a certain brand of boisterous, tanned and provocatively dressed woman associated with the South of France. But it’s a term the documentarian uses fondly.

“It’s less of a look than an attitude, a way of behaving,” she explained.

Model, actress and street-style icon Jeanne Damas, a friend of Jacquemus, also sat front row. She had been studying the style of French women as well, in her case for a book of portraits of Parisian women today, to be published by Grasset. “I wanted to show all kinds of Parisian women. By going out to meet them in their lives you are able to go farther than the cliché,” Damas said.

Héloïse Letissier, the singer better known as Christine and the Queens, was catching up with Ami designer Alexandre Mattiussi. The musician, who wears Jacquemus for nearly all of her concerts and public appearances, said she was getting ready to start recording material for her second album in the United States. On a trip to Los Angeles in mid-March, the singer plans to work with studio musicians from the city’s G-funk scene.

“It’s about finding session players who can really jam,” she said. “The G-Funk style – we don’t really have this in France.”