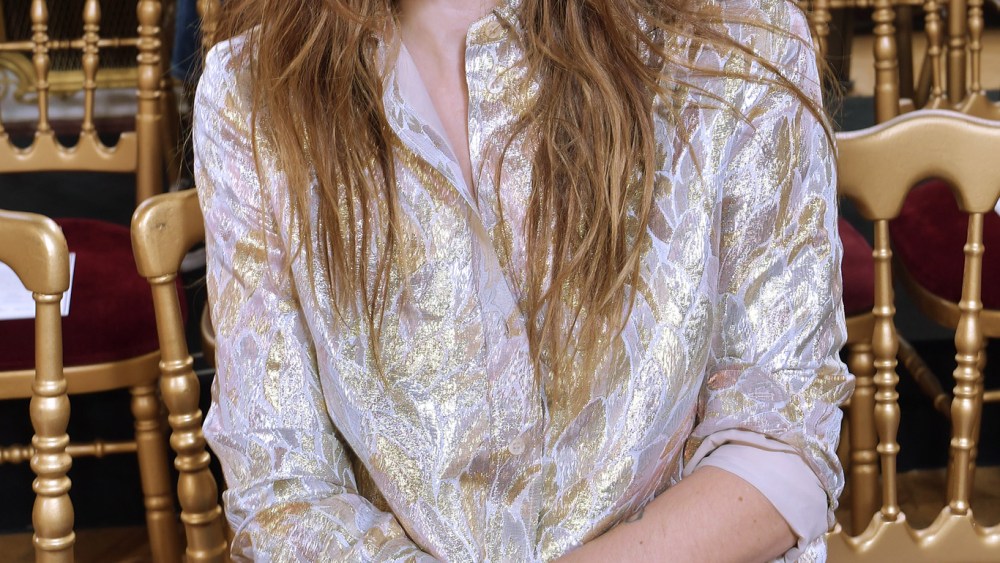 CREATIVE MOOD: Lou Doillon is taking advantage of some downtime to mine inspiration for her next album. “I’m really chilled,” said the singer, model and actress. “My tour finished a month and a half ago, and I’m happy to just stay put.”

“I have a great desire to just go and see movies, see exhibitions, discover new people, even coming to fashion week has something to do with it. It’s good food for the brain: on tour it’s so tiring and crazy. Most of the time you’re just doing what you know to do and that’s it.”

The main inspiration for her upcoming record is the Austrian poet Ingeborg Bachmann, she said, admitting, “You always need to find exterior mythology, and then it’s a way of talking about what we’ve got within ourselves, but you need to believe that you’re not always ranting your own story.”

Deneuve, who said she has long been a supporter of Seward’s designs but had not attended her show before, is soon to start work on a movie by French director Julie Bertuccelli. “I play a woman who’s quite eccentric,” said the actress, who has another feature, “Sage Femme” (“Midwife” in English) due out later this month.