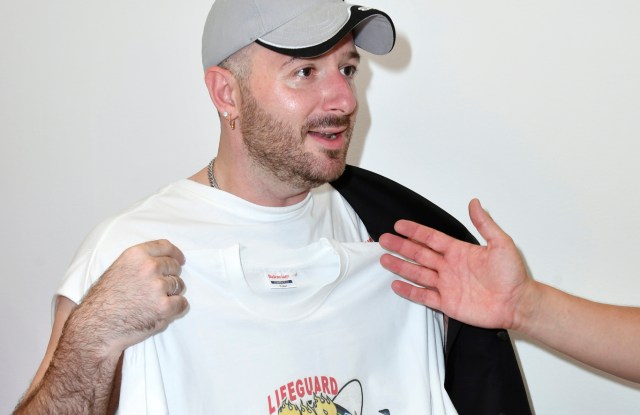 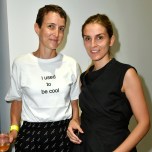 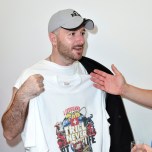 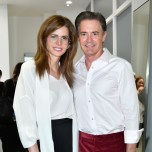 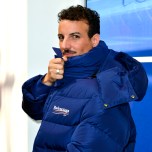 SHOP TALK: Having taken in the Balenciaga show earlier in the day in the Bois de Boulogne, Kyle MacLachlan and his wife Desiree Gruber hit Colette on Wednesday night for a cocktail feting the house’s takeover of the store’s first floor. They were given a personal tour by Balenciaga’s Demna Gvasalia who conceived the space.

Gaia Repossi headed straight for the clothes. “I’m not really into logos, but it’s fantastic, it’s a great way of expressing full-on the creativity of a brand,” said the jewelry designer who on July 3, during couture week, will present new high-jewelry collections for Repossi at the Musée Picasso. “We have some interesting necklaces but also revisited classical earrings that are quite surprising.”

Nicolas Ouchenir joined the queue for the personalized T-shirts made on-site using digital garment printers. “They’re supercool said the calligrapher who will be back in the store next week for the launch of a line of makeup tools he’s designed for Shiseido. “They’re designed to facilitate application,” said Ouchenir, who is also working on a jewelry line for French heritage jewelry part supplier Maison Arthus-Bertrand that will launch this fall.

Balenciaga Bike Goes on Sale at Colette: The logo bike retails for 3,500 euros.

Demna Gvasalia Takes Cool Dad Concept to the Next Level: Demna Gvasalia’s Balenciaga Spring 2018 collection was an ode to Sunday in the park with Dad.

Valentino’s Pierpaolo Piccioli Says Goodbye Suit, Hello VLTN: The designer is preparing to unveil a sportswear-driven collection with a new logo that plays on the brand’s classical font.

Off-White to Debut EMP TY Gallery at Paris Fashion Week: The “Another First Show” exhibition, curated by Piotr Niepsuj, will be available at the temporary gallery June 21-25.