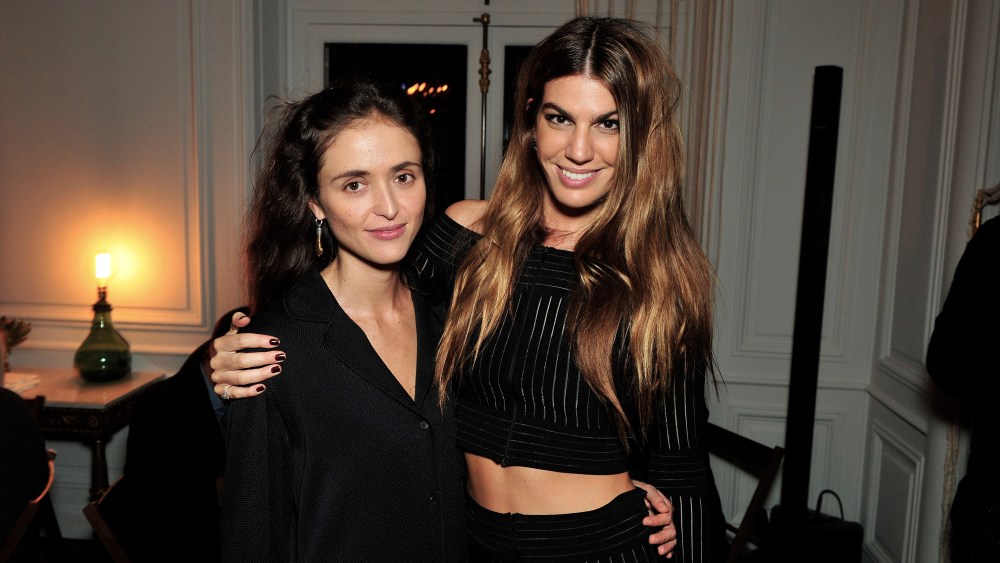 BRAZILIAN BASH: “I’m celebrating them, they are celebrating me — it’s a Brazilian night,” enthused Barbara Casasola at a dinner party hosted by Farfetch and Vogue Brazil, with Alexia Niedzielski as the host, on Sunday night.

Casasola, who showed her ready-to-wear line in London, has designed her very first bag, which will make its debut on Farfetch through the Bluebird boutique at 495 pounds, or $750.

“It’s called 1984 — my year of birth. I work a lot with pleats, so I pleated the leather. It’s a cross-body bag, but I like wearing it like this,” she explained, throwing the item over the shoulder.

“We are very supportive of Brazilian designers, being the only online luxury Web site service in Brazil. We have a local customer service, over 100 people working there,” said Farfetch founder José Neves.

Farfetch ships “duties included, in local currency, and in split payments, because Brazilians don’t pay in one go, they pay in installments,” he explained.

Following the online retailer’s foray into the Australian market and with 10 local offices set around the world, Neves says he now has “90 percent of all major e-commerce markets covered, but there are still places to go. Southeast Asia with Malaysia, Thailand and Indonesia are very interesting, because that’s still unchartered territory. What we also like to do is to leverage local creativity and talent. In Brazil, we help designers reach a global audience, we do the same with Australians, we power their e-commerce, give them a global platform to sell which for [the smaller brands] is very difficult. If you’re in Japan, just to crack the language, the customer service and logistics is pretty much impossible.”

Daniela Falcao, editor in chief of Brazilian Vogue, said there is a lot of local talent in the country. “People don’t know them because they don’t show outside of Brazil but also because Brazil has a strong internal market, so designers don’t necessarily need to have a business abroad to be successful,” she noted, singling out Osklen and Alexandre Herchovitch as examples.

Among the ones to watch she named Casasola, Pedro Lourenco, who is now with La Perla, leather and suede designer Lilian Pacce, and a modern knitwear brand called Lolitta.

“Foreign luxury is still very new,” she noted. “International brands only started opening strongly from 2013, before there was just Louis Vuitton, Chanel and Dior. We still don’t have Balenciaga, and we are missing Givenchy. So Brazilians like Brazilian design, but they like mixing with the hits of the season [from international brands],” she said.