By Miles Socha and Laure Guilbault on September 30, 2015
View Slideshow 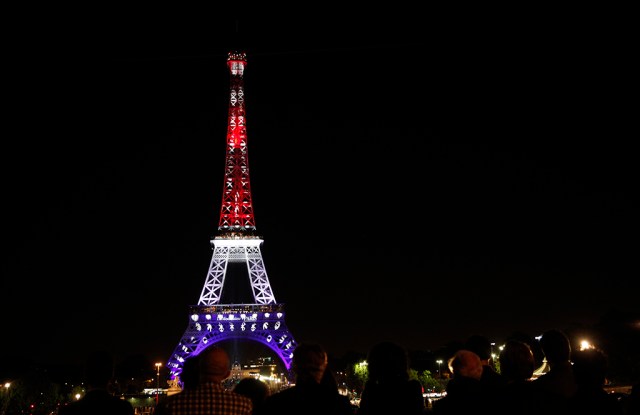 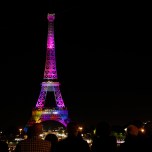 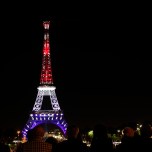 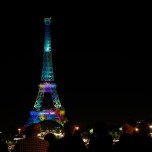 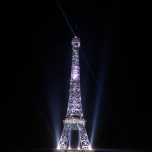 COLOR CHART: Sparkles on the hour weren’t enough for the fashion crowd. So on Wednesday night, the Eiffel tower lit up in an array of colorful animations to mark Paris Fashion Week, an initiative of mayor Anne Hidalgo.

This story first appeared in the October 1, 2015 issue of WWD. Subscribe Today.

“We use the Eiffel very rarely, only for planetary-size events,” said the politician, who wore a Dior coat. “It’s the commitment of the city, and of the industry of fashion.” She plans to reprise the illuminations every season.

“Paris is backing its designers and fashion. It is a magnificent sector that employs many people and make people dream,” she added.

Agnès Troublé, the designer behind the agnès b. label and a longtime supporter of Hidalgo, was sporting a dress she designed bearing a photo print of the Eiffel Tower.

“I love the sparkles — one of the most inspiring things France ever did,” said Christian Lacroix, who has been holed up at the Comédie-Française for an upcoming production of “Roméo et Juliette,” directed by Éric Ruf.

He’s also working on costumes for “La Traviata” in Strasbourg, France, and “Othello” in Salzburg, Austria, in addition to curating an exhibition opening at the Grand Palais in November dedicated to the late French photographer Lucien Clergue.

Simon Porte Jacquemus said he loved seeing the Iron Lady dressed in the colors of the French flag. If the music had been more to his liking, he might have welled up.

Speaking of music, the designer created three pink suits for Héloïse Letissier, frontwoman for Christine and the Queens, for her next video for the song “Paradis perdu” (or “Paradise Lost” in English).

The Eiffel Tower will be lit up every night until Oct. 7 with the fashion week slogan — “Fashion Loves Paris.”