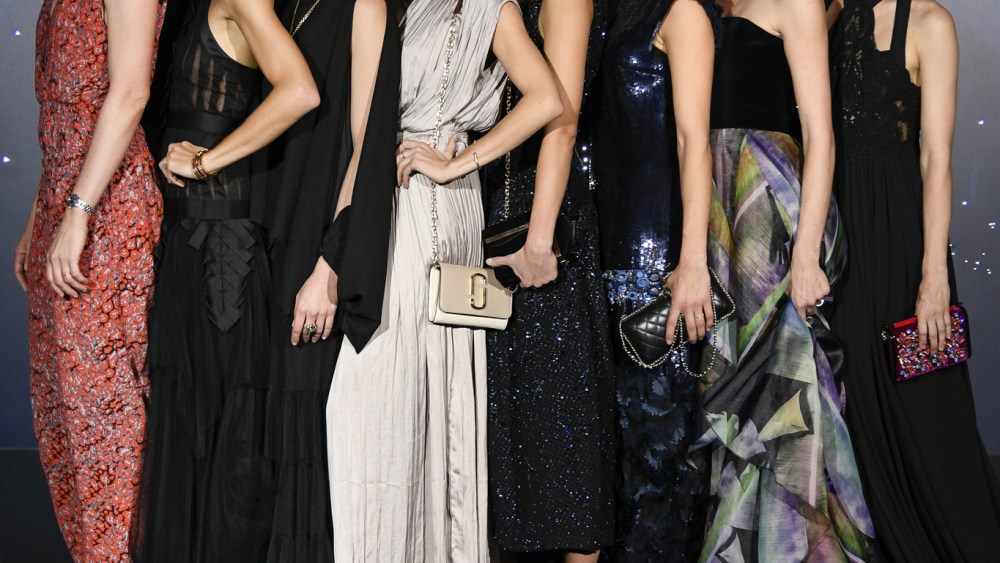 YOU CAN DANCE: Audience participation is not usually part of the deal when you go to the ballet, but the opening gala of the season at the Paris Opera set out to shake up traditions.

Guests were invited to join the Paris Opera Ballet on stage at the ornate Palais Garnier, where they were led by dancers to perform a waltz. In their colorful evening dresses, the untrained participants stood out from the sea of tuxedo-clad dancers.

“We weren’t given any indications whatsoever,” said music producer Pedro Winter, who was the only male picked to go on stage. “The dancers guided me through touch and by maintaining constant eye contact. It turned out to be pretty instinctive in the end. You just let go.”

It was all part of Israeli choreographer Ohad Naharin’s “Decadanse,” an electrifying performance featuring 31 dancers. The first act, an energetic group choreography to the tune of Goldfrapp’s “Black Cherry,” gave an indication of the unusual evening to come.

After the performance, the audience was aflutter. “It was different from anything I expected,” said actress Ellie Bamber. “It must have been so nerve-racking for audience members to go on stage, but they were all so good. It just goes to show that if you just let go and have fun, anyone can dance.”

Bamber had just wrapped filming “The Seven Sorrows of Mary” with director Pedro Valera in Rio de Janeiro, and will also appear in Disney’s “The Nutcracker and the Four Realms,” set to come out later this year. She plays the sister to Mackenzie Foy’s Clara. American Ballet Theatre principal dancer Misty Copeland will be dancing the main ballet scene.

Stacy Martin was having a flashback. “I studied ballet growing up, and one of my teachers said to me the day you present the opening season is the most important day in a dancer’s life. I’d totally forgotten about it until tonight, and it all came back to me!”

The actress stars alongside Natalie Portman in “Vox Lux” by Brady Corbet, which was presented at Venice Film Festival, and will be flying to Kentucky to film “The Evening Hour,” based on the novel by Carter Sickels, with director Braden King.

Pierre Niney, who played Yves Saint Laurent in the biopic by Jalil Lespert, would love to see more dance-centered films on screen. “I loved ‘La La Land’, it would be great to have a similar film made in France,” he said.

The French actor, who will appear opposite Anaïs Demoustier in “Sauver ou périr” (“Save or Perish”), out on Nov. 28, enjoys a good session on the dance floor, but it needs to be in the right company. “Being around well-intentioned friends definitely helps to let go,” he said.

On exiting the foyer, guests discovered the opera entrance lit by magical fairy lights. The crowd ascended to the opera halls, where dinner was served under the gilded ceilings and shimmering chandeliers.

Dinner was prepared by rising stars of the Parisian food scene. The main dish, lobster with coral butter served with aubergine and cherries, was cooked by Tatiana Levha, owner of Parisian bistrot Le Servan and the recently opened Double Dragon. The evening, organized in partnership with Rolex and Chanel, ended with an after-party under the grand staircase.