By Stephanie Hirschmiller and Lorelei Marfill on February 17, 2012
View Slideshow 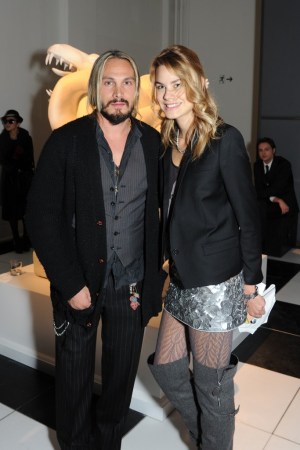 Created in collaboration with Switzerland’s Galerie Gmurzynska, the installation had models posed in glass cubes atop platforms and alongside sculptures and paintings by the artist Marco Perego.

As for Elkann, the party was the second stop of the night. Earlier, the Fiat scion and co-founder of the Italia Independent label gave a talk to students at London’s Royal College of Art, during which he discussed luxury, creative collaborations, and his love of Italian design.

Elkann described his firm’s collaborations with Diesel and Gucci as being “the most stimulating” among his projects.