The superstar makeup artist is launching her third product in 7 of the retailer's doors. 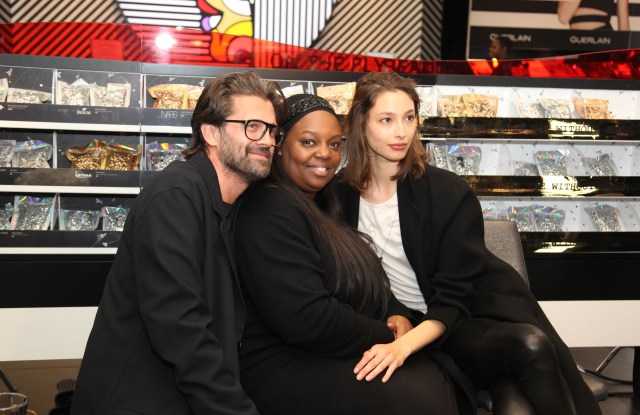 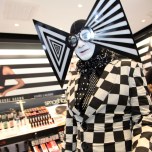 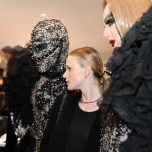 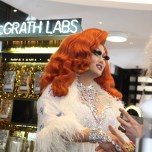 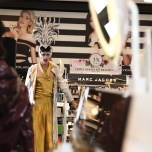 There was no shortage of spectacle at Pat McGrath’s public appearance Tuesday night at the Sephora in Union Square in New York.

First there was the line of eager McGrath fans wrapped around 18th Street from Park Avenue in the pouring rain, queued up to take a selfie with McGrath, get a touch-up by a makeup artist in her crew or to purchase her Skin Fetish 003 kit, which will officially launch May 10 in seven Sephora stores and on sephora.com. The set, which includes a highlighting stick duo, iridescent powder and brush, launched and immediately sold out on McGrath’s Web site last week. At Sephora, Skin Fetish 003 is housed in a special gold fixture reminiscent of a carnival game.

Though some of McGrath’s fashionably famous pals — including Grace Coddington, hairstylist Guido Palau and Anne V — trickled in throughout the night, the real sight to be seen was the coterie of about 20 performers decked out in fantastical stage make and bejeweled, bedazzled costumes — some in drag — that would not have been entirely out of place at Monday night’s Met Gala. Among them were Duo Raw, a pair of Swedish drag queens, and Muffinhead, a New York-based performance artist. The performers took turns intermittently dancing in the storefront windows and circulating the crowd.

McGrath, on crutches after a torn ACL injury a few months ago, held court in the center of the store. After rounds of selfies with fans, some of whom had been lined up since noon, McGrath dispensed some of her own selfie wisdom: “The bigger you are, the higher the camera.”