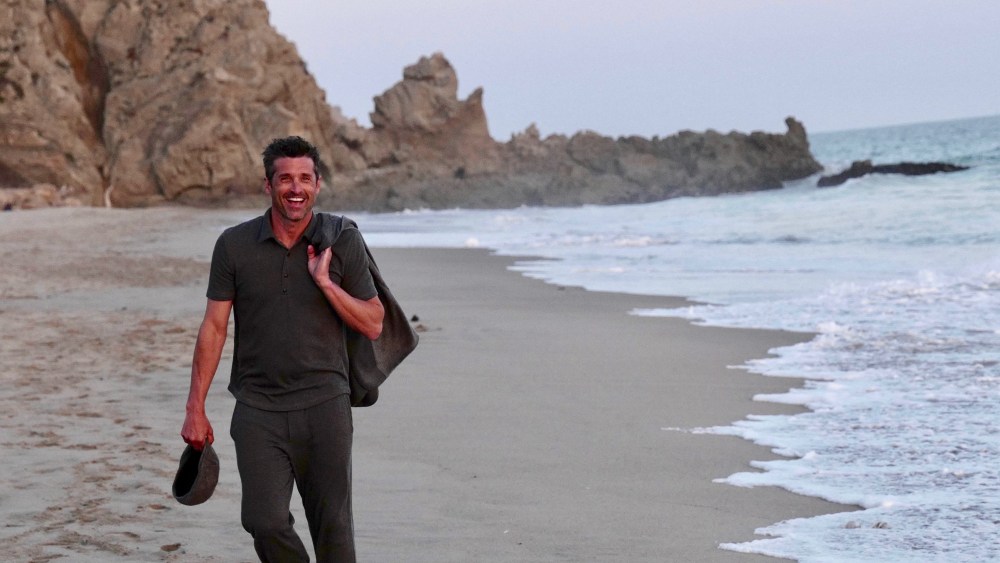 The town of Malibu, Calif., is a tight creative community, where many residents also happen to be famous. Lyndie Benson, the photographer who used to be married to musician Kenny G, is one longtime local who decided to turn to her lifestyle into a sustainable luxury apparel line called Bleusalt, that launched in October 2017.

So far, the direct-to-consumer line has thrived from word of mouth via her famous friends such as Cindy Crawford and Kris Jenner. She has a fan in another neighbor, too: actor-director Patrick Dempsey, who, along with his makeup artist wife Jillian, had also wear-tested Bleusalt in early days.

The soft-to-the-touch Lenzing Modal that Bleusalt is made with resonated especially well with Dempsey, who bought more hoodies for himself online “because I just lived in them.” Benson and Dempsey are both fans of luxury fashion, particularly Brunello Cucinelli, and it was that soft and easy vibe Benson had in mind when she created Bleusalt as a way to “still feel like you’re in sweatpants but step it up a little.”

Because he was already wearing the Bleusalt pieces at home, in town, while traveling and on sets, Dempsey suggested designing a collection of pieces that could take him from beach to plane to meeting without ever having to change.

The result is a six-piece capsule in sand and gray ranging from $50 to $350 that launches June 20 on bleusalt.com. The five men’s styles are The Tide Trouser, The Point Polo, The Big Rock Blazer, The Trancas Trouser and The Colony Cap, and for women there is The Big Rock Boyfriend Blazer (a variation of the men’s blazer with a more feminine fit, created at Jillian’s suggestion). All the pieces are named after places in Malibu. Black and navy color ways will roll out in fall.

“The line, certainly with the jacket, has a European cut to it and it’s really easy to travel in,” said Dempsey, who was speaking from the Vancouver set of the feature film he’s producing, “The Art of Racing in the Rain,” based on the book by Garth Stein.

Dempsey was very hands-on during the design process (Benson recalled that one evening he drove to the manufacturer in Hollywood after a premiere because he wanted to check on a few details). “We put in pockets for your passport, wallet, glasses, all that stuff. The pants are really comfortable on a long flight. They’re like sweatpants but more defined. We put in a faux fly and some pockets to keep it comfortable and cool.”

The cap, he said, was inspired by his love of hats (old English brands are his favorite), and also a nod to his passion for car racing.

Customers can see all this on the Bleusalt site in a short digital film that Dempsey produced and directed with Antony Hoffman.

“We shot a little teaser commercial at my house and around Malibu. Jillian was doing something for her makeup line at the same time, Lyndie was taking photographs, so we all just came together and it was playful and organic,” he said.

Dempsey also cited the “simple, quiet and elegant” nature of the product and added, “I’m really proud to be a part of it.”

For her part, Benson called Dempsey “a dream” to work with. “He’s the opposite of a diva. I’m spoiled now. I don’t have any interest in working with anyone else unless it’s superorganic and passionate.”

For fall, Bleusalt is adding non-neutral colors such as red and army green, and also launching items for infants and kids up to age 12. “I’ve learned by doing,” she said, also taking a few tips from her son Max, who studied financial economics at Columbia University. “Since you can’t feel the fabric online and that’s what sells it, he suggested offering free swatches. That’s been supersuccessful and we get next to zero returns. Our biggest avenue is repeat customers.”

Combined with her globe-trotting, social-media-loving friends wearing the pieces at home and abroad, she may not want for more advertising save for Dempsey-directed spots.

“At first I don’t tell people that I designed the pieces because I like to get their honest feedback,” said Dempsey. “They all go, ‘What is that? Is it cashmere?’ Then I go, ‘Oh, you know, you can go buy it online.”