The actor, singer and DJ were among the fashion faithfuls defying a cold, Sunday drizzle to admire clothing. 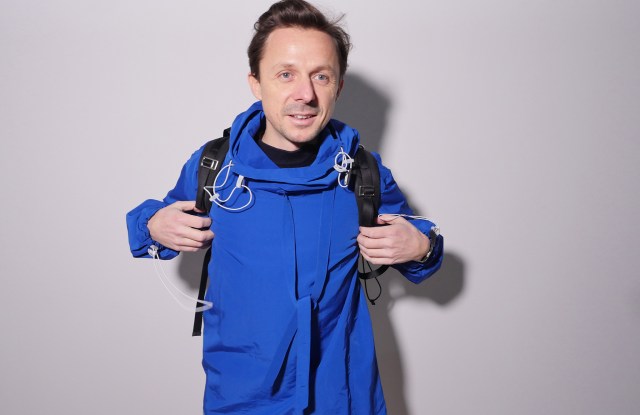 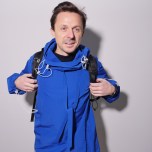 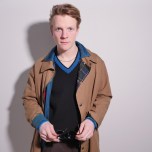 DAY GIG: Patrick Gibson, who sat ront row at the Lanvin men’s show, is working on a photo diary of his fashion week experience, and plans to publish it in V Man. The Irish actor, who also hit the Milan shows, is a self-confessed newbie to the fashion world, having stumbled upon it by accident — thanks to a chance invitation while vacationing in Paris. He had no trouble getting out of bed on a drizzly Sunday morning for the show.

“I’m good! We were quite sensible,” he said of the night before. His recent projects include the science fiction thriller film “Darkest Minds” and a J.R.R. Tolkien biopic starring Nicholas Hoult that comes out in September.

“I played a bad guy in one of them — I think it comes naturally for some reason, it’s kind of worrying,” he said, before revising his assessment of the character as “complex.”

Martin Solveig also looked fresh in a bright blue rain poncho, having turned in early. No Saturday night excesses for him, either.

“I never go out,” declared the DJ, confirming he was well-equipped to deal with the blustery conditions outside. “You have to be! It’s crazy weather these days!”

Lulu Gainsbourg  has a new album coming out Feb. 9 — in French for the first time. Well, what else, since the theme is about love — “to be original, for a change,” he deadpanned.