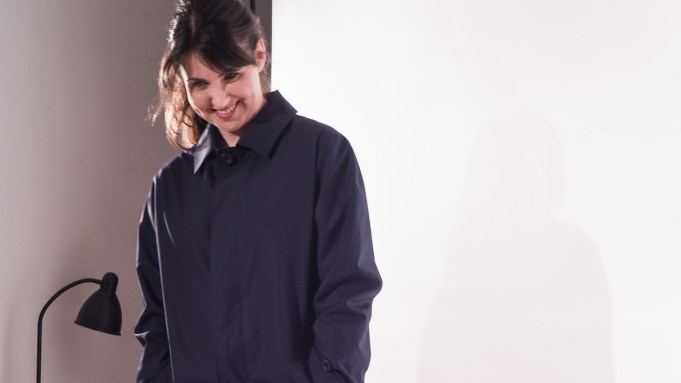 PATRICK’S FACTORY: Patrick Grant, the Savile Row tailor and designer behind men’s ready to wear brand E. Tautz, is set to launch Community Clothing, a nonprofit label that will adopt a direct-to-consumer approach.

Community Clothing aims to use factories’ slow periods for its production in order to generate jobs and answer to some of the key structural issues the country’s clothing and textile businesses are facing, such as seasonality of demand, said Grant.

“In Britain we have a proud tradition of making the very finest textiles and the very best clothes. But for several months, every year even the best British factories are nowhere near full. This can lead to seasonal hiring and firing, zero hours contracts, or worse — factory closures,’’ he added.

In addition, by selling directly to the consumer, the company will avoid the usual wholesale and retail markups in order to maintain the high-end quality the factories can offer, as well as competitive price points.

The label’s first collection includes a series of staples for men and women, with a focus on denim and outerwear. Key pieces include straight-cut men’s jeans, cotton twill raincoats and a classic Harrington jacket. Prices range between 49 pounds, or $69, and 119 pounds, or $169, and the pieces will initially be sold online, with plans of opening a store later this year.

“By designing with simple manufacturing in mind, these products can be sewn in the same premium fabrics and with the same quality as the best high-end designer clothes. I believe that everyone in Britain should be able to afford to buy exceptional quality British-made clothes and to play their own part in sustaining and creating British jobs,” said Grant.

The designer has already established links with factories across the country and the label’s first range will be manufactured in the Cookson & Clegg factory in Blackburn, England. The factory originally manufactured leather workwear and uniforms for the British Army. Grant bought the company last year after it revealed plans to close.

Community Clothing has started a campaign on Kickstarter with the aim of raising an initial 100,000 pounds, or $140,000, to finance the initial steps. As the brand grows, Grant plans to invest profits in developing communities and to offer apprenticeship opportunities in the areas where the factories are located.

“We will support skills training, personal development programs and apprenticeships that help get people into skilled work in the textile and garment industry. I also feel passionately that at the heart of great communities lie great employers and that at the heart of personal pride lies a great job,” said Grant.