The British designer put on sale a portion of his vast collection of Bowie memorabilia, alongside a limited edition T-shirt. 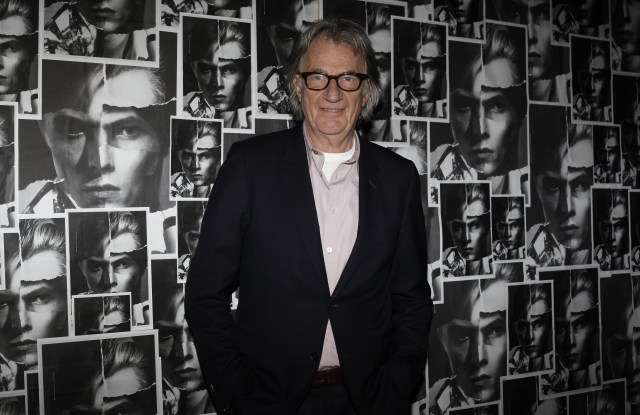 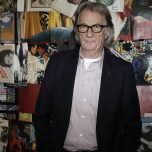 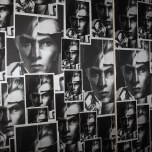 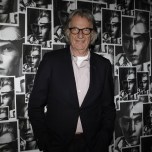 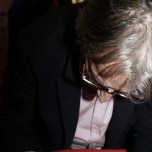 GOLDEN YEARS: “Hello, I’m Paul Smith,” the British designer said as he greeted guests pouring into his store in the Marais district of Paris on Thursday night. “Would you like a drink?”

The genial host joined forces with Beat Magazine to celebrate the career of David Bowie with a sale of memorabilia from Smith’s vast personal collection, including vinyl albums and rare singles, a program from the 1987 “Glass Spider” tour and an autographed photo of Bowie on stage with Tina Turner.

Bowie tunes filled the air as Smith autographed the T-shirt he created to mark the release of the singer’s 28th and last album, “Blackstar,” on Jan. 8. Featuring Jonathan Barnbrook’s album art, the T-shirt — available in black, navy and white — is for sale online, priced at $95. A red version is sold exclusively at the Marais boutique.

Smith said he decided to go ahead with the event, which had been planned since December, after consulting with Bowie’s management following his death from cancer on Jan. 11. He had known the performer since 1979 and previously collaborated with him in 2013 on another T-shirt timed to coincide with the release of the album “The Next Day.”

“There were many sides to David Bowie, and he had this ability of giving himself a new persona, a new image. What was interesting: He never got it wrong, he always got it right, but there was his stagewear and his personalwear. And luckily, when he was wearing personalwear, often it was Paul Smith,” the designer said.

“I never really knew what was mine and what wasn’t mine, necessarily, because he used to just go in the store, so it wasn’t really about making things specially for him,” he added.

“What was nice was he used to just turn up. You know, a lot of stars, they ring in advance, they want the shop closed, they have the bodyguards. One time when he came in Floral Street in Covent Garden [in London], he just came, and I think people saw him arriving, and then when he left, there were about 600 people outside,” Smith recalled with a laugh.

Guests left with a copy of Beat Magazine’s five-year anniversary issue, featuring photographs of Bowie alongside portraits of artists including Sky Ferreira, Grimes, Dev Hynes and These New Puritans.

A percentage of revenues from the sale of Bowie-related products at the Marais store will be donated to Worldwide Cancer Research.