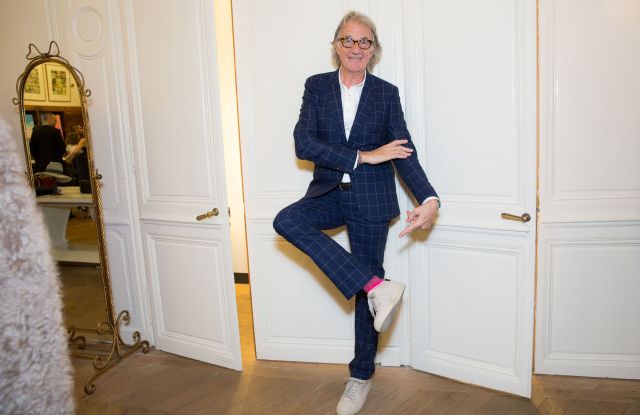 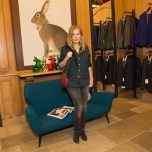 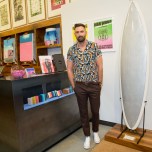 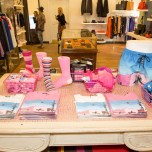 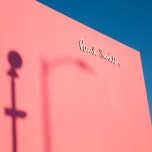 Sir Paul Smith and John Tierney have come full circle. Both hailing from modest backgrounds in northern England, the designer and painter followed circuitous paths to reach their current station in life — a fashion collaboration based on one of Tierney’s paintings owned by Smith.

Smith was an avid cyclist before growing his namesake fashion business that now includes 200 shops in Japan, one in Manhattan, a week-old boutique in Paris and another slated to bow in a month in the same city, and the massive pink building on Los Angeles’ Melrose Avenue that, by his account, attracts 400 people daily in search of the perfect backdrop for a selfie.

Tierney retired from teaching criminology at Durham University in England before committing himself to painting. His introduction to Smith came from his son, Ben, who worked as a shop assistant in one of Smith’s stores in London years ago. Ben Tierney somehow ended up working across the street from Smith’s Melrose store. The elder Tierney joined the crowds who became fascinated by the pink edifice. He’s painted it on numerous occasions, even naming one piece “Pretty in Pink.” His first exhibition in the U.S. was hosted in the store, and he previously designed a silk scarf with Smith.

For the new collaboration, Smith said, “at first, I wanted to use a graphic. I didn’t really like the look of it.” He switched to one of the two paintings by Tierney in his personal collection, which also includes works by Giacometti, Banksy and David Bailey. It’s a rendition of the Melrose building seen from across the street, under a soft blue sky unblemished by clouds, with a traffic light front and center. “The painting is more real. It moves me,” Smith said.

Guests who scoped the $110 T-shirts and $185 swim trunks, printed with an image of Tierney’s painting and branded with their own #MelrosePink hashtag, at a party Thursday night included stylist Warren Alfie Baker, artist Ivan Wong, actor Channon Roe, model Eric Rutherford and stylist Samantha McMillen, who happens to be Tierney’s daughter-in-law. Tierney was relieved to be liberated from secrecy. “I was under threat of assassination not to show anyone the photograph,” he said.

The frisson in the fashion industry is something that Tara Subkoff craves. Already busy working on a performance art piece, a script that she’ll direct and a book that she quipped is a “comedy-tragedy about my life,” she’s fielding suggestions to resurrect her fashion label Imitation of Christ. “I love writing, I love drawing, I love making things. I’ve been missing fashion and the speed of that,” she said.

What would it take for her to make the jump back into designing? “Some convincing and like-minded people,” she said. And the breakneck speed that has forced some designers to call a timeout doesn’t deter her. In fact, she said, “it’s the one industry that has to [move fast] to sustain itself.”