The 13-piece women's and men's collection will be sold at Peloton stores and online.

The marketing image for the Peloton x Athleta/Hill City collection.

Peloton has a new partner to kick off the new year. The fitness brand has collaborated with Athleta and Hill City on a capsule collection that will launch on Jan. 15.

Called Athleta & Hill City x Peloton, the 13-piece collection was created to fulfill demand by Peloton members who are fans of the brand, according to Jill Foley, vice president of apparel for Peloton and wife of the founder.

“A couple of years ago, our members started writing on social how much they liked the Athleta fit, so it was always in the back of my head to do something,” she explained. She met with Nancy Green, the president and chief executive officer of Athleta at the time, and realized there were synergies between the two companies. Both have created strong communities with their customers and look at fitness the same way, Foley said. 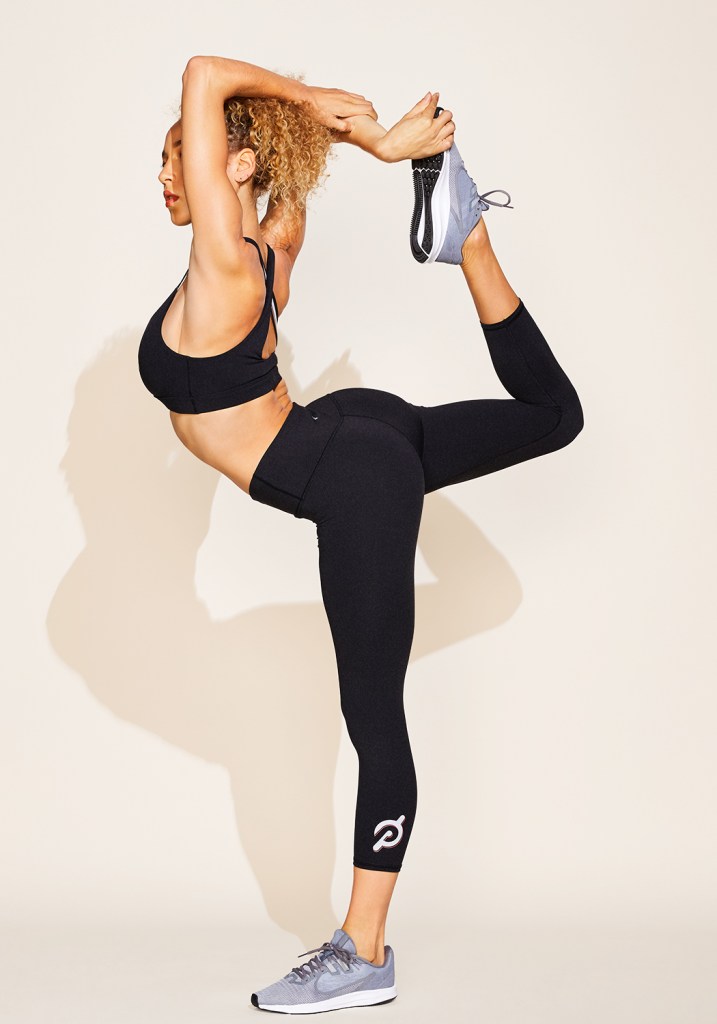 There are eight women’s styles in the collection.

Green has since been promoted to president of Old Navy. Athleta and Old Navy are divisions of Gap, Inc., as is the Hill City men’s brand.

Foley said the capsule — which encompasses eight pieces for women and five for men — was created in part by Peloton members. The company hosted a social media campaign and asked followers to vote on the logo as well as the phrases that will be included on the capsule. More than 30,000 people voted, Foley said.

Members are also being featured in the marketing campaign for the first time, she added. Three women and two men who are avid Peloton members joined instructors Christine D’Ercole, Chase Tucker, Aditi Shah and Denis Morton for a shoot in Brooklyn in November that will be featured on Peloton’s social channels and in an e-mail marketing campaign.

The collection will be sold in Peloton’s studios and online but will not be sold at Athleta stores, Foley said. 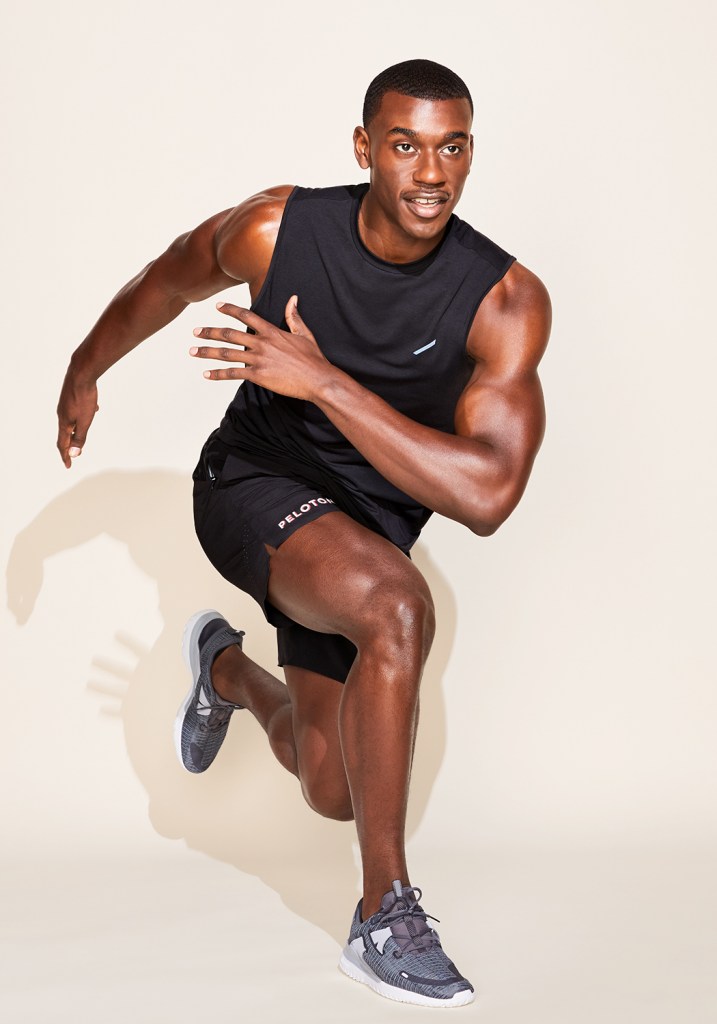 A look from the men’s offering.

Prices range from $38 for an Everyday Train tank for men and $50 for a Run Free bra for women to $98 for a Super Sonic Velocity tight for women and a heavyweight fleece hoodie for men. It will include shorts, pullovers and half-zips.

Foley said whether the collection will be continued in the future will depend upon the reaction from shoppers. But she intends to continue to seek out like-minded brands with which to partner in the future. Other Peloton partners have included Outdoor Voices, Spiritual Gangster and Beyond Yoga.

Peloton, an interactive fitness company, went public last fall with a valuation of around $8 billion. The company was cofounded by Foley’s husband John Foley who was seeking an alternative to traditional gyms. The company’s shares have had a mixed performance, initially disappointing immediately after the IPO but eventually rising to almost $37 early last month. Over the holidays, Peloton was criticized and lampooned for a reportedly sexist message in a TV commercial when an already slim-looking wife was shown to be transformed after her husband gifted her a Peloton bike for Christmas the year before. The controversy initially hammered Peloton’s share price, which briefly recovered before falling sharply again right after the holiday, and now they trade at about $30 a share.