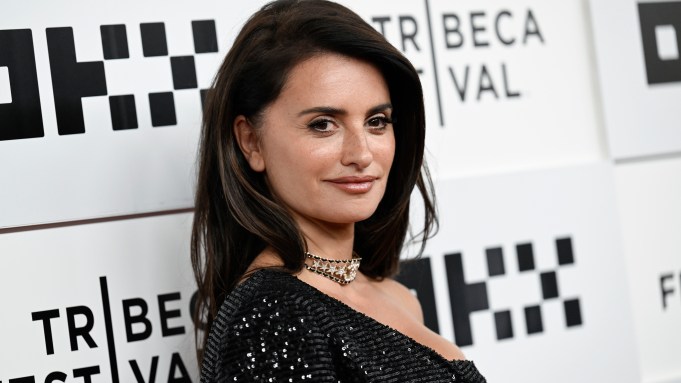 Penélope Cruz dazzled in Chanel at the 2022 Tribeca Festival.

On Tuesday, the actress wore a black sequin one-sleeve gown by the French luxury fashion house. She styled her long hair down and donned jewelry, including a choker, and bag also by Chanel.

Cruz attended the premiere of her movie “Official Competition,” a Spanish Argentine comedy directed by Gastón Duprat and Mariano Cohn. It also stars Antonio Banderas, who joined the actress on the red carpet, and Oscar Martínez.

The actress has been working closely with Chanel since 1999 and was apparently the first fashion show she attended. In 2018, the brand cemented their close relationship with Cruz when they made her an official ambassador.

Since then, Cruz has frequently worn creations by the French label to events, including movie premieres, festivals and awards shows.

On Monday, she attended the 15th annual Tribeca Festival Artists Dinner, which was hosted by Chanel. She wore a pink silk jacquard dress by the French luxury fashion house from its fall 2022 ready-to-wear collection, with a bag, jewelry and shoes also by Chanel.

Last week, Chanel also hosted a luncheon at The Odeon to celebrate the festival’s Through Her Lens Program, which honors and supports rising female filmmakers in the industry.