The men’s brand is moving toward two milestones this September with new creative director Michael Maccari. 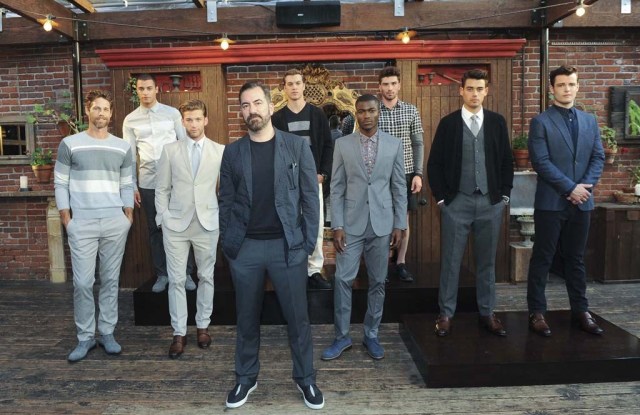 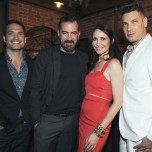 PERRY’S PROGRESS: Following Perry Ellis’ rebranding last fall with its “Very Perry” campaign, the men’s brand is moving toward two milestones this September with new creative director Michael Maccari. In addition to staging its return to New York Fashion Week with its spring 2015 collection — the first for the main line since its show for spring 2012 — it’s also prepping to open its first full-priced store at Miami International Mall as part of its direct-to-consumer strategy complementing some 40 outlets.

Maccari, who joined Perry Ellis four months ago from Armani Exchange, shared his vision for his designing debut at Perry Ellis. Dubbed “Changes in Horizontals,” next spring’s men’s line will evoke the stripes and blocking in the paintings by Irish-born American artist Sean Scully.

“Returning to the original concept of sportswear” — with a bold, graphic mix of activewear and tailoring, chambray and knits — is how Maccari phrased it on Wednesday at Aventine in Hollywood, where Perry Ellis marketing executive Matt Cronin, stylists Michael Cioffoletti and Michael Fisher, retailer Cameron Silver and other guests shared an Italian-themed dinner and admired Wyatt Hough’s illustrations of themselves clad in Perry Ellis.

The rebranding strategy reverberated with costume designer Janie Bryant, who plans to work earnestly on her own brand after “Mad Men” finishes filming in July. Her next project is selling a reality TV design competition, called “Janie Bryant’s Hollywood” and produced by the same team that made “Fashion Star,” to the TV networks.