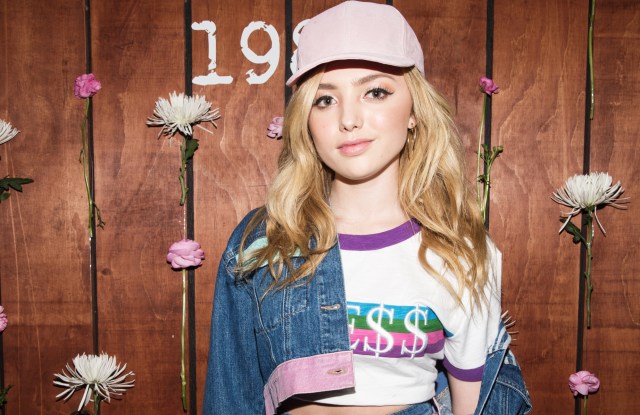 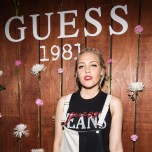 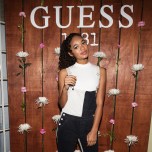 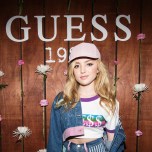 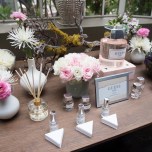 Guess continues its year-later celebration of its 35th anniversary with a women’s fragrance launch to commemorate its founding year, Guess 1981. On Tuesday night, Peyton List, Spencer List, Madison Beer, AnnaLynne McCord, Anwar Hadid, Brandi Cyrus, Alicia Machado, Shaun Ross, Nicole Williams and a cadre of models and influencers turned up at Chateau Marmont to inhale the pale pink eau du parfum and get hand massages and manicures by The Glam App. Guess girl Emma Stern, who appears in the campaign, was also on hand as was photographer Yu Tsai.

A view of the perfume display at the Guess 1981 fragrance launch at Chateau Marmont on March 21 in Los Angeles.  Getty Images for GUESS

Stephen J. Nilsen, Ph.D, senior perfumer at Givaudan, had a table set up with spray bottles and florals to explain the scent. “It was a departure from what Guess normally does. They wanted to create something elevated and authentic, really harkening back to the California lifestyle, accessible to everybody and youthful but not young,” he said.

The top note of violet flower is fresh and clean, while the mid-notes are more sunny florals, giving the scent a morning-to-evening wearability. The dry note is musky, a first for Guess, with amber and cedarwood.

The look of the fragrance, from its pale blush hue to the heavy vintage-style bottle and silver top, gives it a niche-like vibe, underscored with the linen-textured, silver embossed label. Nilsen said the look of the fragrance was in line with the brand’s heritage apparel that’s been rolling out this year to celebrate the anniversary.

While one can see Guess girls such as Hailey Baldwin and Gigi Hadid wearing the scent, perhaps even Guess collaborator A$AP Rocky might like it, as he told fans he likes to wear the women’s pieces from his Guess Originals collection.