Design due M/M (Paris), Novak Djokovic and Marie-José Pérec were among spectators at the French tennis brand’s 85th anniversary show 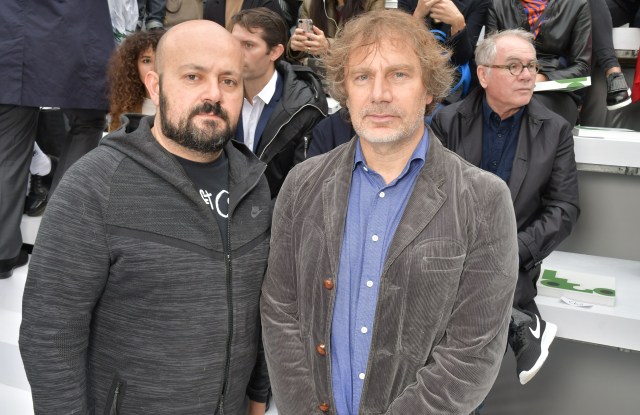 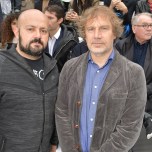 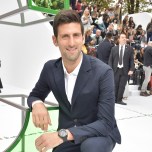 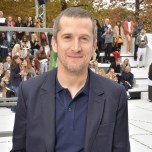 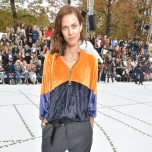 UNIVERSAL LANGUAGES: French graphic design duo Mathias Augustyniak and Michael Amzalag of M/M (Paris) are heading to South Korea in November for what they described as a mini retrospective of their work.

The project entails coming up with 13 new emojis, a kind of international language, Augustyniak explained. He was attending the Lacoste 85th anniversary show. He and his design partner had reconfigured the label’s letters to form the shape of an alligator, which decorated boxes distributed at the event.

“It’s always important when there are warlike tensions to show that peace is stronger…and maintain a conversation between different peoples,” he said of the November travel plans.
Novak Djokovic, who also attended the show, has been focusing on another form of communication: playing the saxophone.

“I’m trying, I’m improving — I hope,” laughed the Lacoste brand ambassador, looking relaxed as a crowd gathered, hoping to catch a glimpse of the tennis star.

Marie-José Pérec said she loved it, too, as she pondered the logistics behind staging the show.

“I think it takes a lot of courage and even a lot of risks to do an event like this,” said the three-time Olympic running champion, looking up at the cloudy sky. “It’s magnificent,” she said.

And then she confessed: “I love tennis but I don’t know how to play.”