By Kelly Wetherille on May 10, 2013
View Slideshow 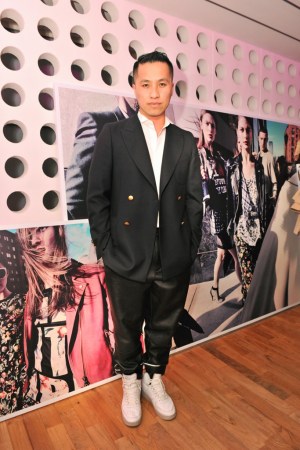 The Best Beauty Looks From the 2021 Golden Globes

CASTING CALL: Phillip Lim is currently in Tokyo to shoot his fall ad campaign. The designer hosted a cocktail party at his flagship store in Aoyama on Friday evening. Lim was also using the party as a platform to cast the last models for the ads, which he said will star model and actress Kiko Mizuhara and will be shot as a short film, with an ensemble cast of 20. The campaign will be used worldwide.

“I found a lot of inspiration [for fall] in café racers and nouveau café racers,” Lim said, referencing the motorcycle-stylings of the collection. “And Japan has a lot of subculture, so we decided to find subculture pockets in Tokyo to use in the filming.”

Lim said that shooting his campaign in a city that helped to inspire the collection, which incidentally was called Sonomama, Japanese for “as you are,” is just one way in which he and his team try to find and maintain authenticity, while at the same time keeping a modern edge.

“We don’t live in the past, we live in the present,” he said. “But our inspiration comes from the past, so we have to find a way to make that current.”