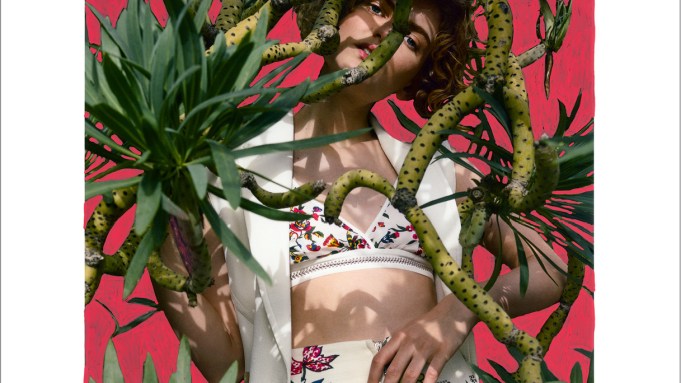 For the fifth season, Phillip Lim worked with photographer Viviane Sassen on his campaign. Unlike in previous seasons where they traveled to far-off locations, such as Bhutan or Addis Ababa, Lim and Sassen stayed local and went for simplicity, shooting model Lotte van Noort without a stylist for the spring 2017 concept.

“In today’s culture of excess, I am intrigued by playful austerity and the idea of a new sensuality,” said Lim. “In many ways, the spring 2017 collection was my response to this mood so we played on themes of love, innocence, heartbreak, and hope. In our fifth season working together, Viviane interpreted this message through her artful lens, creating a series of seductive, modern imagery.”

The campaign launches today on the 3.1 Phillip Lim digital channels to be followed by an exclusive with Vogue.com Feb. 13, the day of Lim’s fall fashion show.