Kate Moss is in focus at La Galerie de l’Instant in Paris, which on Friday opens an exhibition devoted to the enduring supermodel. 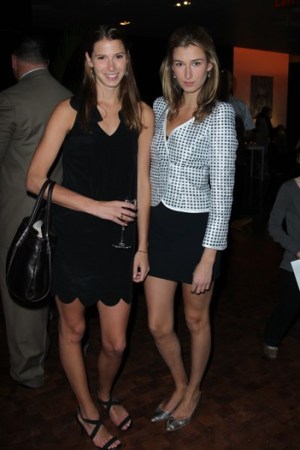 PHOTO OP: On she rolls, gathering none of it: Kate Moss is in focus at La Galerie de l’Instant in Paris, which on Friday opens an exhibition devoted to the enduring supermodel and the photographic greats who have captured her on film. More than 25 snaps will be displayed from the likes of Paolo Roversi, Mary McCartney, Bettina Rheims and the late Corinne Day. The exhibition runs through Sept. 14.

WINTOUR AT THE MET: On Tuesday, Anna Wintour was named elective trustee of the Metropolitan Museum of Art — making her a voting member of the board and recognizing the editor in chief of Vogue at the institution she has championed for many years. Wintour, who had been an honorary trustee of the museum since 1999, has co-chaired 13 benefits since 1995 and raised approximately $85 million for the Costume Institute. Last week’s gala brought in $10.4 million.

EXHIBITION GAMES: Monday evening found art aficionados traipsing into Midtown’s Sanctuary Hotel for Garrett Chingery’s exhibition of his latest works, co-hosted by Billy Norwich and Gillian Hearst. Norwich greeted guests in the lobby, winking and leading them into the party. “I’m so glad you’re here,” he enthused to one. “Go meet Garrett, he’s fantastic. And have a slider, everyone is talking about how good they are.” They were: Several partygoers commented on the quality of the comestibles, while Chingery circulated among guests like Julie Macklowe, Marjorie Gubelmann, Marina Rust, Shelley Wanger, Michele Gerber Klein and Lauren Remington Platt and her sister, Ashley.

Chingery explained his variety of influences (“nature, textures, people”). “Oh, why am I here?” Ashley Platt jokingly mused. “I remember — hors d’oeuvres.” Sometimes the lure of free food is enough.

AURUM ATTRACTS SUITORS: Could Harvey Nichols owner Dickson Poon have his eye on Aurum, the U.K.-based jewelry group? According to a report on Sky News’ blog Monday, Hong Kong-based Poon is planning on bidding for Aurum, which houses the U.K. jewelry retailers Mappin & Webb, Watches of Switzerland and Goldsmiths. A spokeswoman for Aurum declined comment Tuesday, as did a spokeswoman for Harvey Nichols. However, sources noted that Aurum’s sale process, which was announced in April, is at an early stage.

Aurum was one of the retailers in which the now bankrupt investor Baugur was a shareholder. Currently it’s owned by Landsbanki Islands hf, an Icelandic bank, along with chairman Don McCarthy and Aurum’s management team. The shareholders put the company up for sale last month, after it reported sales of 326 million pounds, or $534 million, in the year to Jan. 30, and an earnings before interest, taxes, depreciation and amortization figure for the period of 16.1 million pounds, or $26 million, an increase of 53 percent on the previous year’s figure.

GOING FOR A STROLL: Dutch stroller company Bugaboo has teamed with Missoni to launch a colorful collection of baby carriages that will be sold exclusively at Neiman Marcus starting in July. The line’s two models, Bee and Cameleon, feature sun canopies with the Italian brand’s signature zigzag motif and color-block pattern and are priced at $199 and $269, respectively. Both come with a knitted blanket in the same bright color palette, which includes baby blue, sable, red and purple shades paired with black.

“I think that children are stimulated by colors and graphics, but it’s very difficult to find playful products in stores,” said creative director Angela Missoni. “That is why I used to decorate my children’s strollers by hand with markers.”

REGGIE TEAMS WITH FRANCK MULLER: “Maybe I’ll give the players first dibs,” said Reggie Jackson at a launch event for the Reggie Jackson Limited Edition Collection of timepieces at Tourneau Time Machine 57th Street Monday afternoon (some current New York Yankees — including Derek Jeter — were coming to toast the Baseball Hall of Famer’s watch venture later that evening). A watch collector and longtime fan of the Franck Muller brand, the legendary Yankee was approached by the timepiece company to collaborate on a future project and jumped at the chance. The result: a numbered, three-piece collection, each limited to 100, 25 and 25 units, respectively, that retail from $10,300 to $20,300.

“This is really for New York first and all things New York Yankees-related,” Jackson said, adding that he was involved in the design process from start to finish — he even had input on the box and packaging. One style is black with rose gold, but the other two are navy with corresponding navy rubber bands and the signature Yankee pinstripes. “I asked if they would use a rubber band to make it more sporty, and I asked for red tips on the hands. And instead of a 4, there’s a 44 — my number,” Jackson said. A portion of all sales will go to the Mr. October Foundation, the charity founded by the baseball player in 1997 to help at-risk children.

EUROPEAN UNION: The Comité Colbert, the French luxury goods association, is expanding beyond its borders. At a luncheon in Paris, Comité president Elisabeth Ponsolle des Portes disclosed plans to welcome a handful of members from countries without enough critical mass to have their own industry body. She declined to name them, but it is understood the firms under consideration include candidates from Germany, Denmark and Eastern Europe. She also said the group would promote French savoir faire and taste in Brazil next year and in Turkey in 2013.

Along with the Middle East, China has been a recent focus for the Comité. Ponsolle des Portes said the number of shops in China operated by its members tripled between 2005 and 2009, the fruit of the collective action of its 75 members. She likened France to a “Silicon Valley” for purveyors of luxury goods, from jewelry and fashions to food, hospitality and home products.

LUMBER MERCHANT: Los Angeles-based real estate brokerage Blatteis & Schnur has purchased a “significant minority interest” in the Malibu Lumber Yard, according to the firm’s co-chairman Daniel Blatteis, who declined to disclose the purchase price. “We have the potential to increase that over time and that’s our full expectation,” he said. Blatteis & Schnur has taken over the leasing and management responsibilities at the Malibu Lumber Yard. Richard Weintraub and Richard Sperber, who developed the two-year-old 30,000-square-foot shopping center for roughly $25 million and put it on the market last year, are still the majority owners. “I am interested in staying in it for the long haul,” said Weintraub.

The center’s tenants include Alice + Olivia, Tory Burch, Maxfield, Kitson, Intermix and James Perse, which has leased an additional location on the second level for its first restaurant.

The Malibu Lumber Yard isn’t the only retail complex in the tony seaside town to be experiencing activity. Missoni and Super, the new skin care brand from Nicholas Perricone, have opened units at nearby Malibu Village, which will also soon be home to Nike Inc.’s nascent concept called Salvation, which showcases its Hurley, Nike and Converse brands together, and is rumored to be getting a Lanvin store.

BOYS ON FILM: Phillip Lim is trying his hand at film. Lim collaborated with San Francisco director Andrew Paynter to create a short video that showcases his fall 3.1 Phillip Lim men’s collection and celebrates his recent nomination for a Swarovski Award for Menswear at this year’s CFDA Fashion Awards. The atmospheric two-minute clip features models Craig Hoeksema, Miles Frank and RJ King navigating a graphic urban landscape — which is actually Palm Beach. The short film will launch on Nowness.com today.