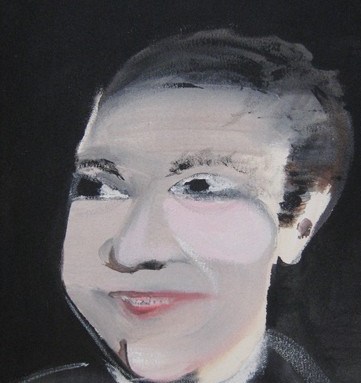 PICTURE PERFECT: Carolina Herrera, Francisco Costa, Narciso Rodriguez, Isabel Toledo, Maria Cornejo and Angel Sanchez will be doing a double take at El Museo’s gala Wednesday at Cipriani 42nd Street. With some artistic insight from a clutch of children from the museum’s Classroom Connections program, Ruben Toledo fired off 68 portraits that will be sold for $500 a pop and will benefit the program as well as the Amber Charter School in East Harlem. The artist approached the student-aided process like a game of musical chairs, sketching a portrait and then having the students each provide a single feature before moving on to the next portrait. He also immortalized such Latino icons as Salvador Dalí, Frieda Kahlo and Diego Rivera, and, on the celebrity front, Jennifer Lopez, Penélope Cruz, Placido Domingo, Christina Aguilera and others. This year’s bash will honor Gloria and Emilio Estefan, Ford Foundation president Luis Ubinas and Tony Award-winning composer and lyricist Lin-Manuel Miranda. Aside from pooling the underage artists, Toledo is chairing the festivities with his wife and Yaz and Valentin Hernandez.

FETHERSTON’S NEXT MOVE: Erin Fetherston will be shooting a short film over the next few days in New York’s West Village featuring Juliette Lewis — as well as elements of the designer’s fall collection. Damon Dash is producing the soundtrack. “It will be less fairy tale-y, with a more contemporary feel and aesthetics,” said Fetherston’s husband, Hedi Ferjani. He also said Fetherston is designing a clothing line for shopping channel QVC. Its launch likely will coincide with New York Fashion Week.

MET FRIENDS: Friends of the Met’s only West Coast members, Cameron Silver and Susan Casden, hosted a dinner for Harold Koda and Kohle Yohannan Thursday night at Bazaar restaurant in Beverly Hills’ SLS Hotel, drawing Los Angeles designers Kate and Laura Mulleavy, Monique Lhuillier, Liseanne Frankfurt, Brigette Romanek and Jenni Kayne, plus Marisa Tomei, Katie Holmes (in a navy suit of her own design) and her stylist, Jeanne Yang. The purpose of the dinner was ostensibly to celebrate the “Model as Muse” exhibition, but Koda was on the lookout for new recruits. “The good thing about this crowd is that you could all be on the junior committee,” he laughed. The same couldn’t be said for the original model as muse, Peggy Moffitt, who missed the gala but was on hand to sign copies of the companion coffee-table book containing the iconic topless Rudi Gernreich swimsuit photograph shot by her late husband, William Claxton. “It’s both sweet and horrifying” she joked of the young guests queued up for her autograph.

SWEET ROMANCE: Red heart balloons greeted guests at the door of Mulberry’s Madison Avenue shop in honor of photographer Chris Craymer’s new book, “Romance.” The party’s theme was one-half love — with attendees piling into a pink photo booth and picking at chocolate kisses strewn about — and one-half homage to all things British, with a dessert cake emulating Great Britain’s flag. The London-born photographer greeted fans with his children in tow, who were busy snapping pictures of their own. “I wanted to find subjects that allowed me to make emotional images, not intellectual ones,” Craymer said of the book, which featured pictures of happy couples and loved ones. “I hope the book gave people a happy feeling because that’s what I like to feel when I look at people.” Cohosted by Mulberry creative director Emma Hill and CFDA executive director Steven Kolb, the party also showcased other original work by Craymer that went up for silent auction, raising $10,000. All proceeds went toward the CFDA Foundation Inc. Mulberry is hosting further events for the book throughout the summer in London, Paris and Hong Kong. Copies of “Romance” also will be available at bookstores around the country for $60.